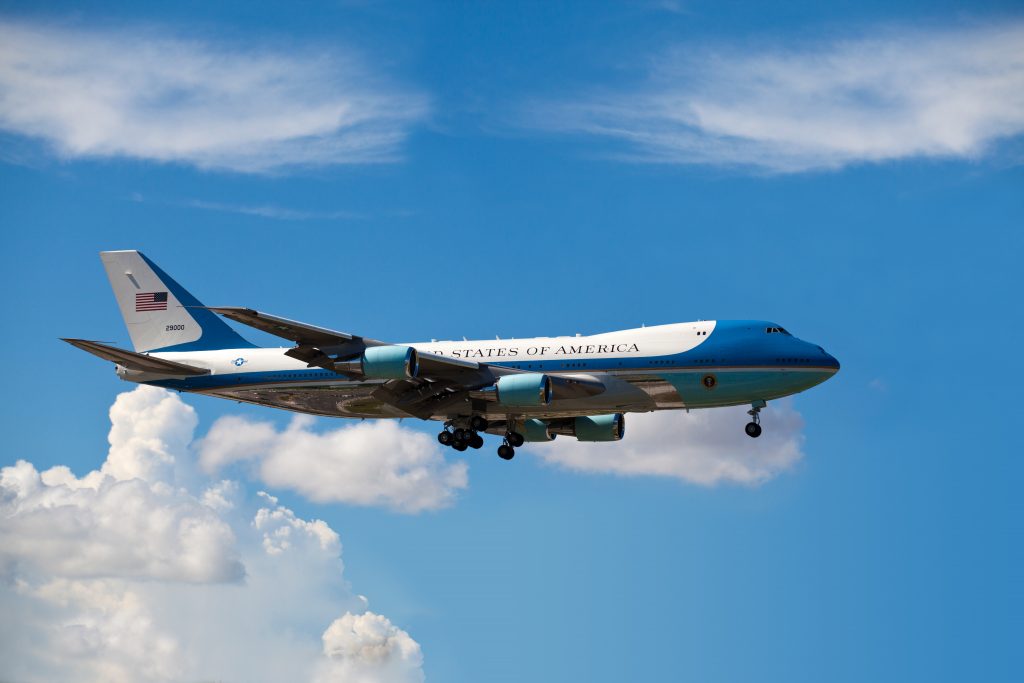 Aerospace giant Boeing Co. has won a contract to sell the U.S. Air Force two commercial 747-8 jetliners that will be modified into the presidential aircraft known as Air Force One.

The Air Force said Friday that the modifications are expected to begin in 2019 and the planes should be ready by 2024. Upgrades will include a mission communications system, a medical facility, an “executive interior” and self-defense system.

The current Air Force One aircraft were ordered by President Reagan and have been used since President George H.W. Bush’s administration in 1990.

The Air Force said in a statement that the negotiated price paid for the aircraft, along with other “related details” would not be released because it was “commercial-competition sensitive” information.

In a statement, Darlene Costello, the principal deputy assistant secretary of the Air Force for acquisition, called the contract a “significant step towards ensuring an overall affordable program.”

Late last year, President Trump criticized the cost of the next generation of Air Force One, tweeting in December that the $4 billion price tag to build newly designed planes based on the 747-8 for presidential use was “out of control.”

Boeing spokeswoman Caroline Hutcheson said in a statement that the two commercial planes were sold to the Air Force “at a substantial discount from the company’s existing inventory.”

“In buying these readily available, U.S.-built new airplanes, the Air Force has taken advantage of a unique opportunity to get a great airplane at a great price for the American taxpayer,” she said.

Trade publication Defense One reported earlier in the week that the two Boeing jumbo jets were originally set for service with a now-defunct Russian airline. The planes were ordered in 2013 by Transaero, but the airline ceased operations two years later and never took ownership of the aircraft.

The jetliners are now parked along with other retired or surplus aircraft in a “boneyard” in the Mojave Desert, according to Defense One.

Boeing has flight-tested the jets and had reportedly paid to store the planes in new condition while looking for a buyer.

A source close to the matter confirmed details of the Defense One story.