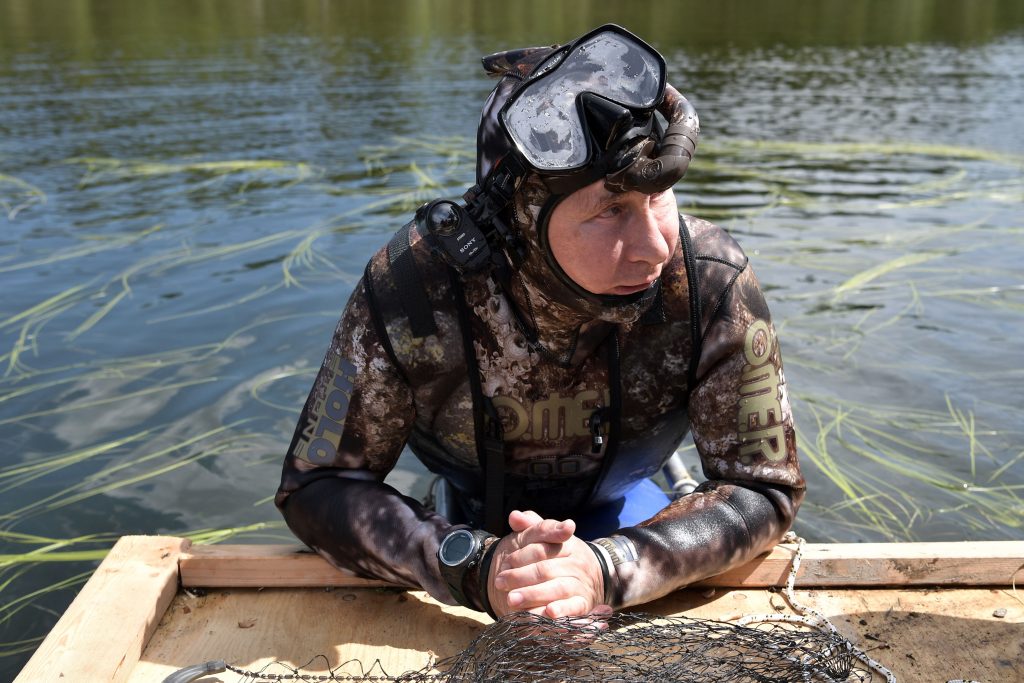 During the trip earlier this week across pristine mountain rivers and lakes in the forest near the border with Mongolia, Putin also tried for the first time to fish underwater with a spear gun.

Action camera footage showed Putin moving under water in a swimsuit and shooting a pike. “It’s very sly and cautious,” the president said of his prey after getting out.

Putin spokesman Dmitry Peskov said earlier this week that the president spent two hours pursuing a pike before finally getting it.

In other broadcast escapades underlining his love for nature, Putin accompanied a flock of cranes on a motorized hang glider, shot a tiger with a tranquilizer gun, tracked polar bears and released leopards into a wildlife sanctuary.