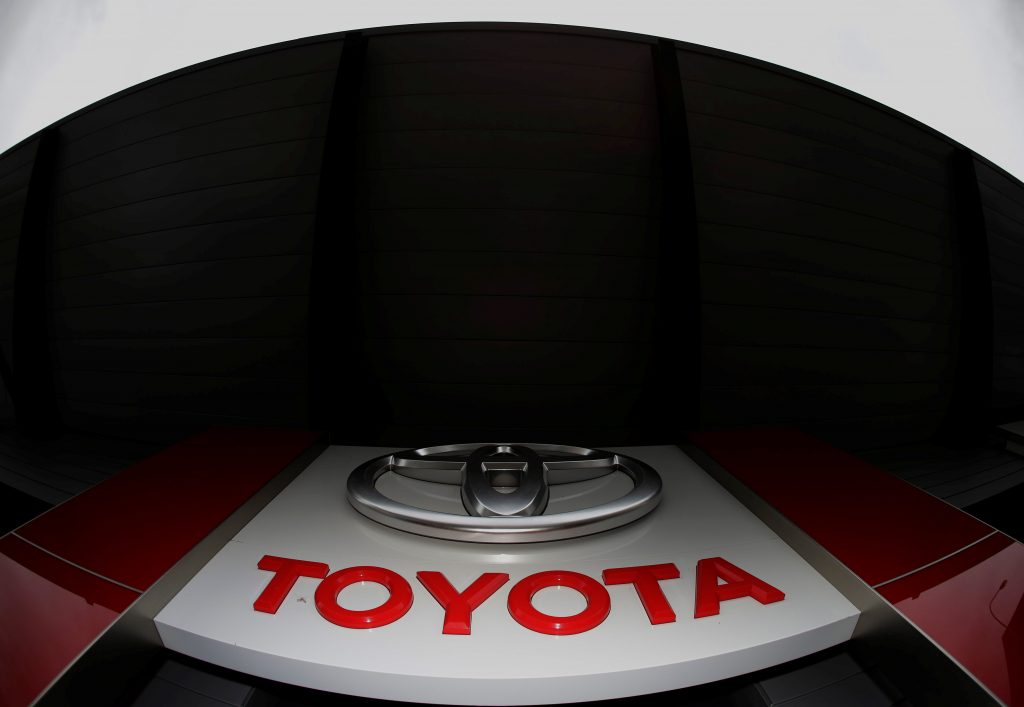 Toyota Motor Corp and rival Mazda Motor Corp are expected to announce plans on Friday to build a $1.6 billion U.S. assembly plant as part of a new joint venture, a person briefed on the matter said.

The plant will be capable of producing 300,000 vehicles a year, with production divided between the two automakers, and will employ about 4,000 people when it opens in 2021, the person said.

A new auto plant would be a major boost to President Donald Trump, who campaigned on promises to increase manufacturing and expand employment for American autoworkers.

The source, who was not authorized to speak to the media and requested anonymity, said the plant in a yet-to-be-determined location was expected to build Toyota Corolla cars and a Mazda crossover utility vehicle.

Japan’s Nikkei reported earlier on Thursday that Toyota would take a roughly 5 percent stake in Mazda Motor Corp to develop key electric vehicle technologies and jointly build a factory in the United States.

Toyota said the two companies have been exploring various areas of collaboration under a May 2015 agreement, and added that the group intended to submit a proposal to its board on Friday regarding Mazda. It did not comment further.

“The industry pace of electrification has really picked up,” Toyota Chairman Takeshi Uchiyamada, widely known as the father of the Prius hybrid, said at an event outside Tokyo on Friday, declining to comment on the U.S. plant or a Mazda deal.

He defended Toyota against concerns the company has fallen behind its competition on electric cars, citing new technology.

Mazda said in a statement that “nothing has been decided yet” and added the company would have a Board meeting today. It did not comment further.

“Mazda needs electrification technology. In the past they’ve poo-pooed EVs, they’ve felt that they can make internal combustion engines more efficient, but the bottom line is that globally you need to have this technology,” said Janet Lewis, head of Asia transportation research at Macquarie Securities.

With an R&D budget of around 140 billion yen ($1.27 billion) this year, a fraction of Toyota’s 1 trillion yen, Mazda has said that it lacks the funds to develop electric cars on its own. Subaru Corp, Japan’s smallest major automaker, also has a partnership with Toyota.

A new U.S. assembly plant would likely become the prize in a fierce competition among Midwestern and Southern states eager to expand manufacturing jobs.

The plan comes as demand for cars has fallen sharply. Toyota’s Corolla sales in the United States are down nearly 9 percent this year.

In North America, Toyota builds Corolla cars in Canada and Mississippi and announced plans in 2015 to shift Canadian Corolla production to a new $1 billion plant in Mexico.

It caters to a niche audience in North America with its design-conscious sedans and SUVs, and has been focusing on developing more fuel-efficient gasoline engines.

President Trump in January criticized Toyota for importing cars to the United States from Mexico. The Republican president also threatened to impose a hefty fee on Toyota if it were to build Corolla cars for the U.S. market at a plant in Mexico.

But since January, President Trump has praised Toyota for its U.S. investments. Toyota said in January it planned to invest $10 billion in the United States over the next five years to meet demand.

“We want to be the car capital of the world once again and we are taking steps to achieve that goal,” the president wrote.

The White House declined to comment on the Toyota-Mazda joint venture.