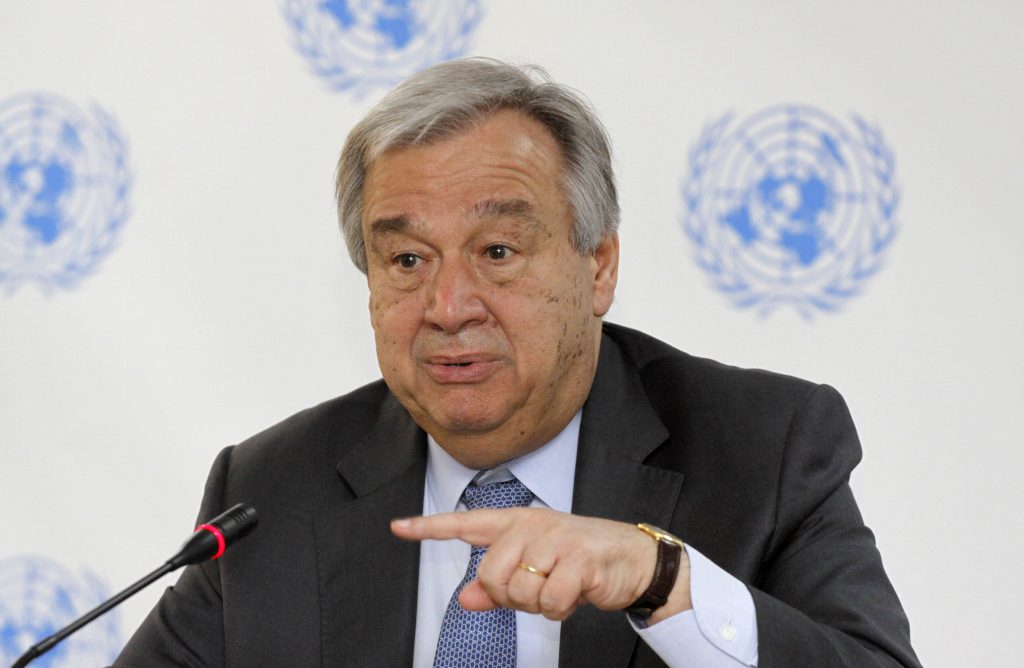 United Nations Secretary-General Antonio Guterres will visit Israel at the end of the month, according to a report by French news agencies. This will be his first trip to Israel since taking office as secretary-general on January 1.

Guterres is expected in Israel on August 28, according to the report. He will meet with top Israeli officials, including Prime Minister Binyamin Netanyahu, President Reuven Rivlin, and Defense Minister Avigdor Liberman, and will also visit Palestinian Authority-controlled areas, where he will meet with PA chief Mahmoud Abbas. The purpose of the visit, the report said, is to help jumpstart talks between Israel and the PA.

Commenting on the report, Israeli Ambassador to the U.N. Danny Danon said that the visit “is a good opportunity for Guterres to understand the challenges Israel faces daily.”

Danon told Channel Ten that Guterres has been cautious in his comments on the Middle East conflict. In a statement last month on the murder of two Israeli police officers on Har Habayis and the shootings of the terrorists who killed them on Har HaBayis, and the subsequent riots after Israel implemented security measures at Har HaBayis, Guterres’s office “condemned the death of three Palestinians in clashes with Israeli security forces” and called for an investigation into the incidents. “His thoughts and prayers are with the families of the victims,” the statement by Guterres’s office said, urging “Israeli and Palestinian leaders to refrain from actions that could further escalate the situation.”