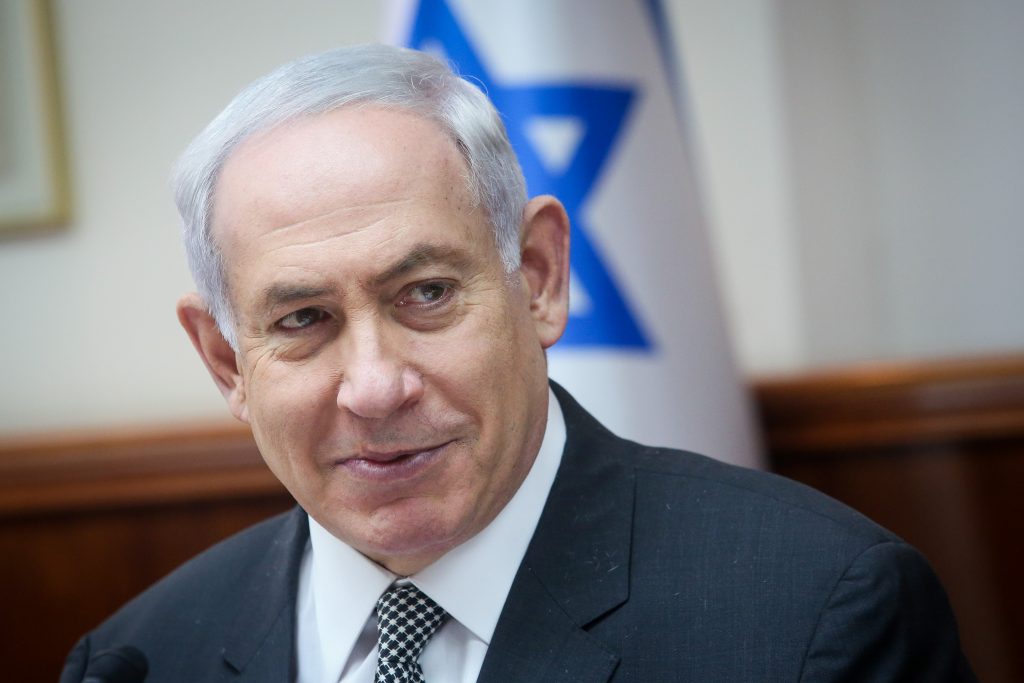 A new poll shows that even with the events of the past few weeks, Prime Minister Binyamin Netanyahu can rest easy knowing that he would remain in his position even if new elections were held now. The poll conducted by the Ma’agar Mochot group release Thursday shows the Likud scoring 30 seats in new elections, far ahead of his closest rival, Yair Lapid, whose Yesh Atid party would receive 20 seats.

Coming in a disappointing third is Labor/Zionist Camp, which in the past few weeks had been polling well, with the entry of Avi Gabay as party head. The new poll shows the party losing steam, and would get only 16 seats if elections were held now. Several polls in recent weeks had shown the party running near-even, or even slightly ahead, of Yesh Atid.

The biggest disappointment among parties was for Shas, which, according to the poll, would get only four seats – with a vote count that would be very close to the threshold below which a party is not eligible to sit in the Knesset at all. That is far fewer than the six to eight seats that the party generally polls. At least some of those votes have moved to the Likud, the pollsters said. United Torah Judaism is polling at six seats in the new count, while Jewish Home would get 12 seats.

Moshe Kahlon’s Kulanu party also showed surprising strength; according to the poll, Kulanu would get nine seats in new elections – three to four more than recent polls have indicated. The United Arab List would get 13 seats, while Yisrael Beytenu and Meretz would get five each.

An analysis of likely coalitions would place Netanyahu as prime minister again, with a comfortable coalition of 66 seats – the same number as in the current coalition. The only way Lapid could form a government would be by convincing Kulanu to join – and by recruiting either chareidi or Arab MKs into his government, which would make UAL the the third largest party in a left of center coalition led by Lapid – with both considered very unlikely scenarios by pollsters.