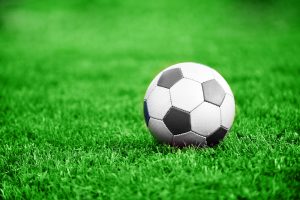 The Polish government said on Thursday it condemns the attack by a group of hooligans on members of an Israeli soccer club near Warsaw, which the Israeli embassy said was motivated by anti-Semitism.

Two people were lightly injured late on Wednesday when a group of masked hooligans attacked the Israeli team after an exhibition game with the local MKS Ciechanow, some 46 miles away from Warsaw.

“After the match we went to the lobby of the hotel while a couple of our staff members were collecting the equipment. Around 15-20 skinheads came out of the woods and raced onto the field and began punching and kicking them,” said Israeli coach Oren Krispin. “One of the players in the lobby noticed this, and we all ran out to help.” At that point, the assailants fled.

“The Israeli embassy in Warsaw has been shocked and saddened by the news of another anti-Semitic incident,” Michal Sobelman, spokesman for the embassy, told Reuters.

“These ‘pseudo-fans’ not only harm good Polish-Israeli relations, but first of all they are damaging to Poland’s image abroad.”

Polish government spokesman Rafal Bochenek said police were investigating the incident and would detain those responsible.

“We strongly condemn aggression and violence against any person,” he said in a statement.