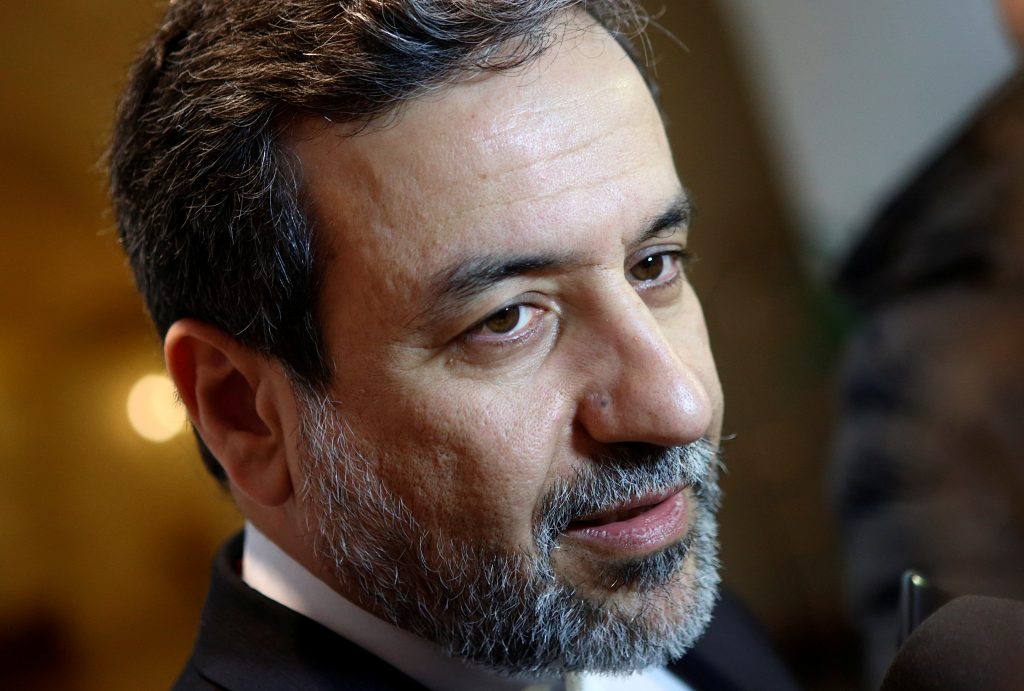 Iran said new sanctions imposed by President Donald Trump on Wednesday break the terms of its nuclear deal with the United States and other world powers, and vowed an “appropriate and proportional” response.

President Trump, who during his election campaign called the nuclear agreement – negotiated under his predecessor Barack Obama – “the worst deal ever,” signed the new sanctions into law along with measures against Russia and North Korea.

Iran had already said it would complain to the body that oversees the 2015 deal – under which it accepted curbs on its nuclear program in return for sanctions relief – about the measures passed in Congress last week in response to a missile development program and human rights abuses.

“In our view the nuclear deal has been violated and we will show an appropriate and proportional reaction to this issue,” Deputy Foreign Minister Abbas Araqchi said in an interview with state media, according to the ISNA news agency.

While Russia has reacted to the sanctions by ejecting U.S. embassy staff, Iran has no diplomatic relations or direct trade links with the United States so its options are limited. Araqchi said Tehran’s response would be “intelligent.”

“The main goal of America in approving these sanctions against Iran is to destroy the nuclear deal, and we will show a very intelligent reaction to this action,” Araqchi said.

“We are definitely not going to act in a way that gets us entangled in the politics of the American government and Trump.”

The new U.S. sanctions, signed a day before Iranian President Hassan Rouhani takes part in a ceremony before being sworn in for a second term, are likely to embolden his hard-line critics who say the nuclear deal was a form of capitulation.

The United States is one of six countries to sign up to the deal with Iran, and the others – Russia, China, Britain, France and Germany – have said they see it as a success in easing concerns that Iran might be trying to develop nuclear weapons.

The deal has also meant European countries flocking back to invest in oil-rich Iran, with France’s Total agreeing to develop a new phase of the South Pars gas field, the world’s largest.

Araqchi said the Europeans would not allow Trump to destroy the nuclear deal.

“What Total did and the contract that was signed between this company and Iran sent a message from Europe to the Americans that whatever the conditions, they will continue their economic relations with Iran,” he said.

In a separate announcement, Tehran confirmed that Rouhani would keep on two important ministers for his second term: Oil Minister Bijan Zanganeh, who is largely credited for closing the Total deal, and Foreign Minister Mohammad Javad Zarif, Iran’s lead negotiator in the nuclear agreement.