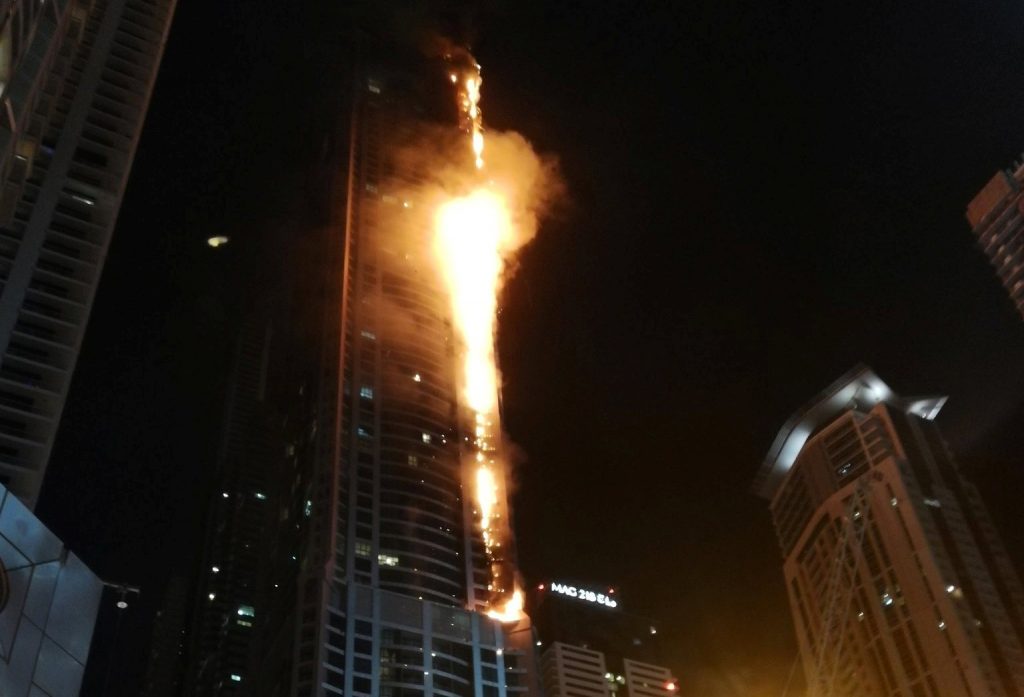 A massive blaze was engulfing one of the world’s tallest residential buildings in Dubai early on Friday, residents said, but authorities said the tower had been evacuated and no injuries were reported.

Flames shot up the sides of the Torch tower in the upscale Marina district in the second blaze at the building since 2015, causing burning debris flying down.

“No injuries have been reported so far in the Torch Tower fire incident,” Dubai government said on its twitter account.

“Dubai Civil Defence has successfully evacuated the Torch Tower and is working to bring the fire under control,” it added.

Residents and eyewitnesses have been posting images and photos of the 79-story skyscraper in fire on social media.

Hundreds of people were evacuated in 2015 from the same building when a massive fire swept through the tower.

Dubai is one of seven emirates that make up the United Arab Emirates (UAE), a Gulf Arab trade and investment hub.