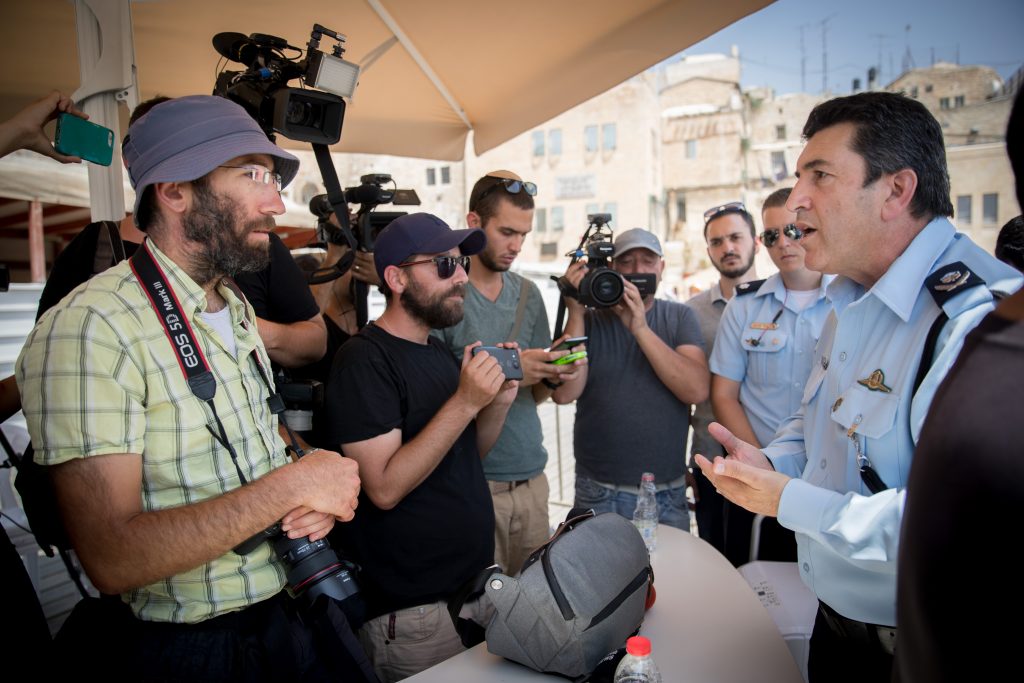 Israeli police’s rough handling of foreign journalists, including violent treatment and restricted access to news events, drew the scrutiny of the High Court on Thursday.

Responding to a petition from the Foreign Press Association (FPA), the court issued an order to desist from violence against journalists, to clarify why they barred entry to Har HaBayis and other parts of Yerushalayim’s Old City during the recent turmoil, and to lift those restrictions in the interim, according to media reports.

In its complaint, supported by video footage, the FPA cited brutality against a CNN crew, SKY Arabia, and the beating of Amir Cohen, a Reuters cameraman who suffered a concussion from blows to the head from police.

The FPA said in an accompanying statement that the decision to turn to the court was made “after years of empty promises, smashed equipment and injured journalists.”

“The Israeli government has stood by silently — a shameful performance for a country that boasts that it is the Middle East’s only democracy and claims to be committed to freedom of the press,” the statement continued, saying the organization was “left with no choice” but to pursue legal action.

But the FPA rejects the rationale, and characterized police policy as a form of censorship of accredited journalists.

“This appears to be a kind of innovative censorship that is surprising in a country that prides itself on press freedom,” the Association said last week.

The court has asked the Israeli Police to respond to the complaints by August 24.