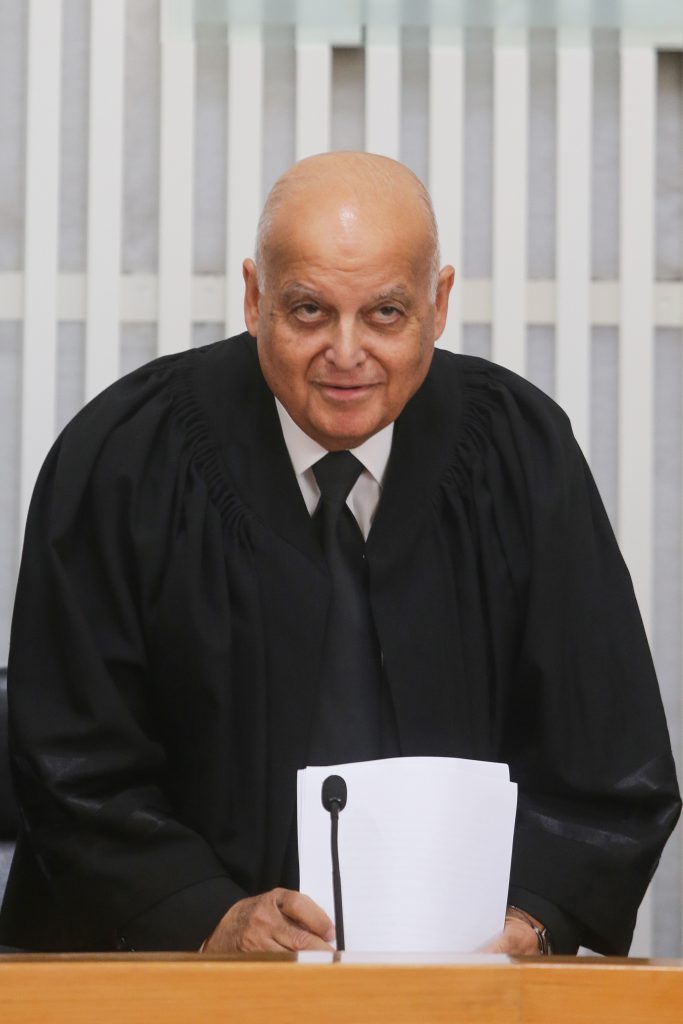 Israeli High Court Justice and Vice President Salim Joubran, the first Arab member of the court, retired on Thursday at the mandatory judicial retirement age of 70.

In a farewell ceremony, Joubran was lauded for his 35 years of service on the bench by Justice Minister Ayelet Shaked, Attorney General Avichai Mandelblit and Court President Miriam Naor for his fairness and originality.

In his farewell remarks, thanked his colleagues and recalled his humble beginnings.

“From a refugee baby in a shaky boat to Beirut in 1948, I was privileged to sit in Israel’s highest court. I think I have nothing but to thank the Creator for this privilege.

“At a very young age, I was appointed to a judge and saw in my position a dual mission: one to decide justly in disputes, and the other to be as close as possible to a bridge between Jews and Arabs in the state of Israel.

“We must appoint and add more Arab judges in the judicial system. Arab citizens should be allowed to express their culture and identity in public life, in a proper and dignified way. Regarding the allocation of lands, the state is expected to treat citizens according to egalitarian principles,” he said.

Joubran, a Christian Arab, was appointed to the High Court in 2003.

He was known for his liberal views; among other things, for his minority opinion against amnesty for offenses committed during the 2005 disengagement and inclusion of Arab towns in the national development priority regions map.

Although a proponent of Arab-Jewish tolerance, he made headlines when he refused to sing the national anthem Hatikvah during an official event. His defenders argued that an Arab citizen should not be forced to sing an anthem that glorifies the return of the Jewish people to Israel without mention of Arabs.