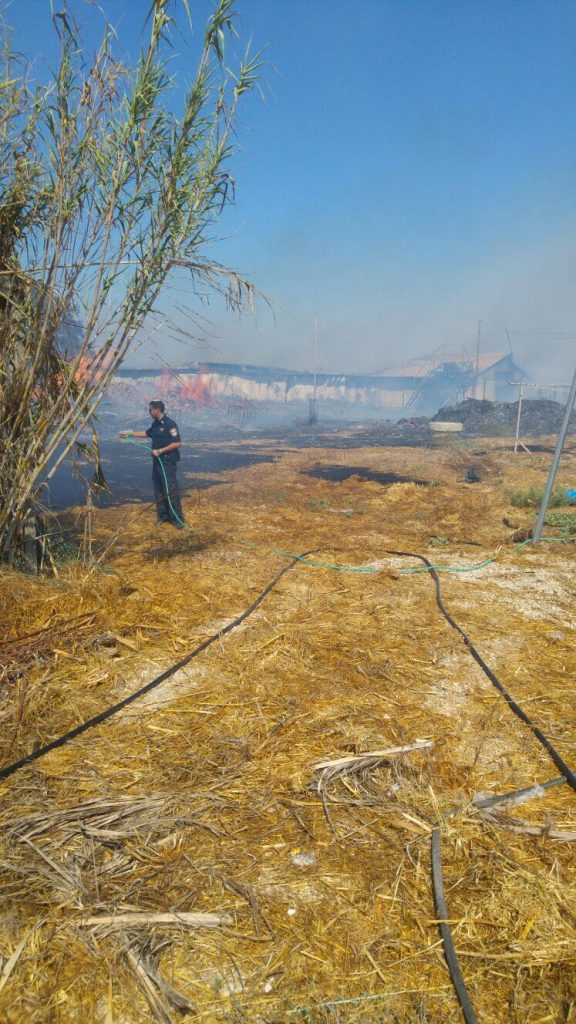 A fire broke out Thursday afternoon near the community of Komemiyus, forcing the evacuation of a number of houses and causing much damage to wheat set aside for matzos.

As the flames spread, several houses were evacuated with firemen and police at the site to prevent the fire from spreading.

Preliminary estimates are that the fire broke out in an open area near one of the houses and spread to nearby buildings. As a result, the storehouse of a matzah factory that had wheat for next year’s matzos was burned and the fire spread to thorns around the houses. Even the wheat that wasn’t burned can also not be used for matzos, as it came in contact with water and thus is no longer shemurah.

This may affect next year’s matzos supply from the famous Kommemiyus matzah factory.