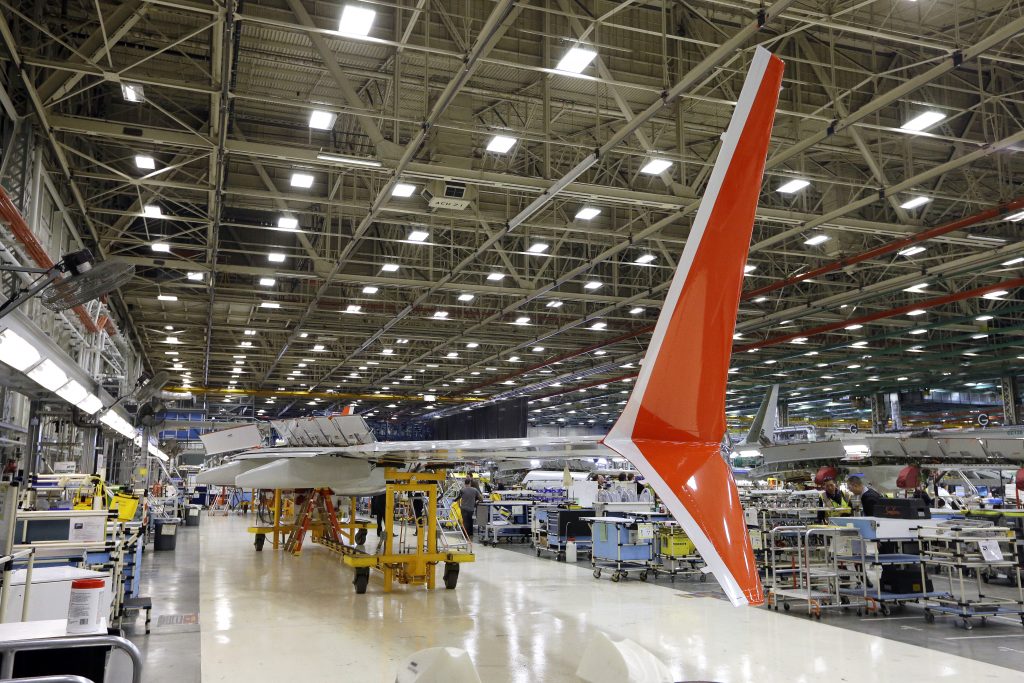 The Commerce Departments said on Thursday that factory orders increased 3 percent in June, a solid rebound after declining in May and April. But the gains largely came from a massive 131 percent jump in orders for civilian aircraft, a category that can be volatile on a monthly basis.

U.S. manufacturing has been recovering from a slowdown in late 2015 caused by lower energy prices and a strong dollar that made American products more expensive overseas. Factories have responded with a relatively slight upturn in hiring. Manufacturers added a modest average of 8,833 jobs during the first six months of this year.

Other manufacturing indicators point to continued but cautious growth.

The Institute for Supply Management said Tuesday that its index of factory activity fell 1.5 points to 56.3 in July. Still, any reading above 50 signals that manufacturers are expanding.

Separately, the Federal Reserve said that factory production advanced 0.2 percent in June and 1.2 percent over the past 12 months.