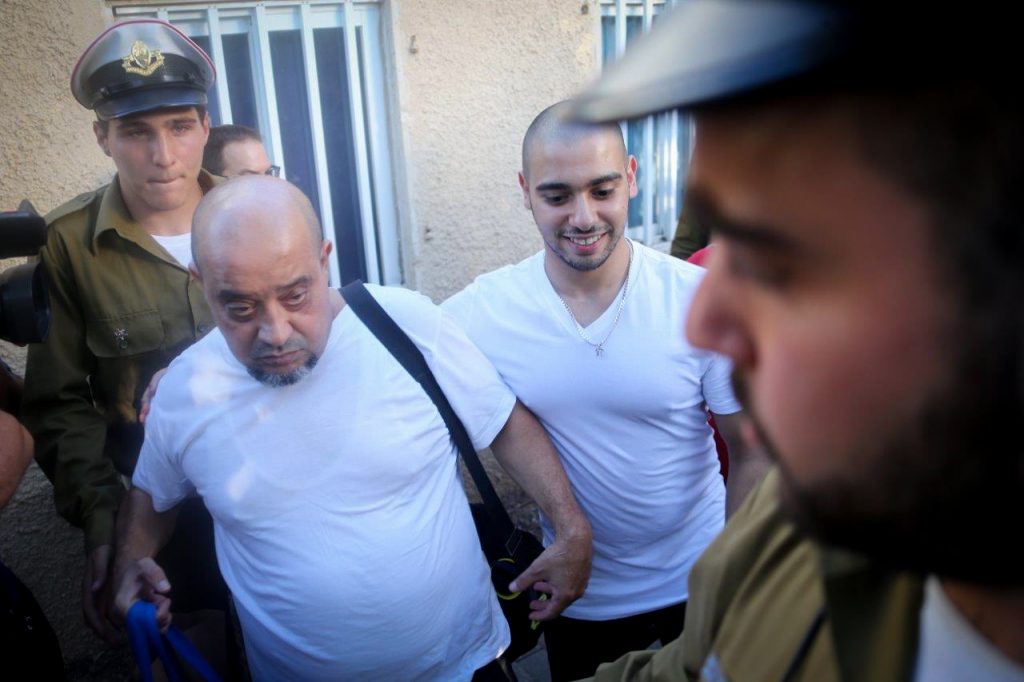 Former IDF Sgt. Elor Azaria ruled out an appeal to the High Court on Thursday, instead requesting a reduced sentence from IDF Chief of Staff Gadi Eizenkot.

Azaria was convicted on charges of manslaughter and conduct unbecoming an IDF soldier, after shooting at a terrorist in Chevron last Purim when the terrorist was neutralized and on the ground, after he had been shot when he tried to stab soldiers. Azaria was sentenced by an IDF court in February to 18 months in jail.

A military court on Sunday rejected an appeal by defense attorneys for Azaria, upholding his conviction and sentence.

After the court rejected his appeal, Azaria was faced with two options: either appeal to the High Court, or request either IDF Chief of Staff Gadi Eizenkot or President Reuven Rivlin to reduce his prison term.

On Sunday, shortly after the court ruling, Eizenkot said that “if Sgt. (res.) Azaria decides to file a request for a reduced sentence, it will be seriously considered, along with a review of the other considerations related to this case and from my commitment to the values of the IDF, its soldiers and its service members.”

Sources in the President’s Residence told Channel 2 that he will not consider a pardon while Eizenkot is in the process of doing the same. In addition, a presidential pardon would require recommendations from the IDF’s chief prosecutor, the head of the IDF’s Manpower Directorate, the chief of staff and the defense minister, they said.

The decision not to appeal was explained by Azaria’s associates as an attempt to prevent his family from going through more unnecessary trials, as well as enabling him to get back to normal life as soon as possible.

Azaria hopes that the chief of staff will accede to his request.