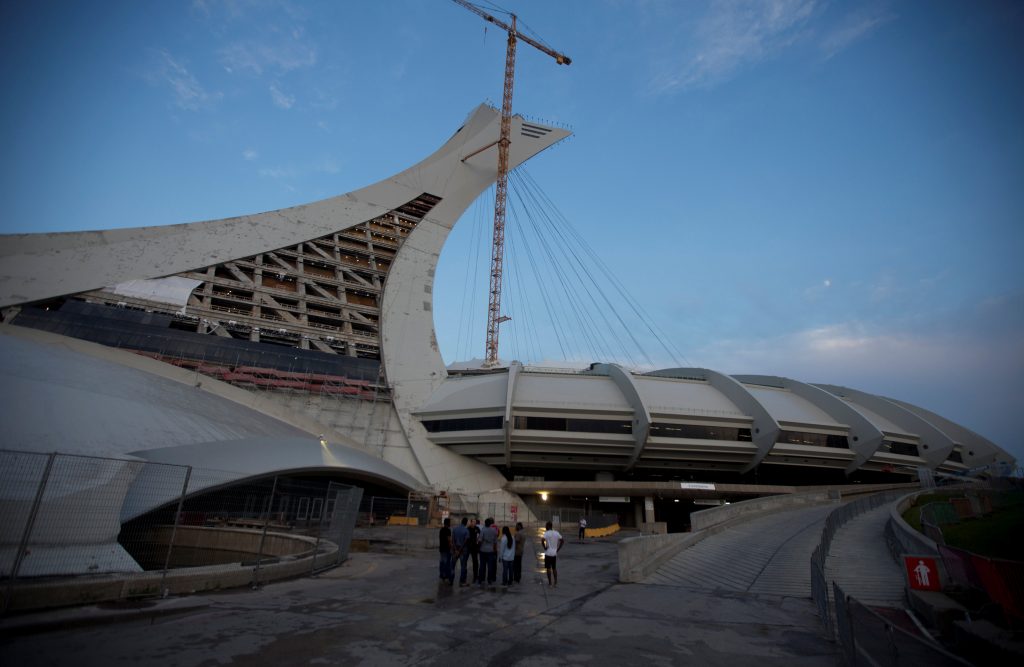 New waves of asylum seekers are sweeping into Canada from the United States, forcing authorities in the province of Quebec to set up a network of temporary shelters, including a makeshift center at Montreal’s Olympic Stadium.

As many as 150 migrants a day are making “irregular” border crossings from northern New York state into Quebec near the border station at Lacolle; and 70 per cent of them are Haitians, fearful that the Trump administration will soon end their special temporary status in the country.

Quebec Immigration Minister Kathleen Weil told a news conference on Thursday that the province can handle the surge in migrants, but she asked the Canadian government to speed the processing of initial asylum claims for new arrivals and allow the migrants to leave Quebec if they wish to ultimately settle in other parts of the country.

In addition to the shelter at the stadium, where up to 300 migrants can sleep on cots in the concessions area, Quebec is putting them up at student dormitories, shuttered nursing homes and hotels. In the first six months of this year, 6,500 asylum seekers arrived in Quebec across land and other borders, accounting for 35 percent of Canada’s total, Weil said.

The arrivals began shortly after Donald Trump was elected president and initially consisted of migrants from sub-Saharan Africa and countries named in Trump’s temporary ban on travelers from several Muslim-majority states. Most have been crossing into Quebec and Manitoba, where geography makes the trek across the border relatively easy, except in winter.

The increase in Haitian arrivals has been recent. One Haitian woman interviewed Wednesday by the Canadian Broadcasting Corp. after crossing over into Canada said she left the United States because she was scared. “So we checked online and we saw that Canada was going to welcome Haitians, and that’s why we come here,” she said.

“There’s been a lot of fear in the community as to what happens if Temporary Protected Status ends in January,” said Adonia Simpson, a lawyer and director of the family defense program at Americans for Immigrant Justice in Miami, which has a large Haitian community.

An estimated 58,000 Haitians have been granted Temporary Protected Status (TPS) to remain in the United States since the 2010 earthquake in the Caribbean island nation. That status was renewed on an 18-month basis until May, when then-Homeland Security Secretary John Kelly announced a six-month extension and warned the migrants that it could be the last one.

Kelly said the situation in Haiti had stabilized and it was time for these migrants to think of returning home when the current extension ends on Jan. 22.

“The Department of Homeland Security urges Haitian TPS recipients who do not have another immigration status to use the time before Jan. 22, 2018, to prepare for and arrange their departure from the United States,” Kelly said in a statement.

Under an agreement with Washington, migrants arriving at official Canadian border points who have already made a refugee claim in the United States are automatically turned away. But if the migrants cross “irregularly” into Canada, they can still seek asylum.

Montreal Mayor Denis Coderre blamed the Trump administration’s immigrant policy for the influx, but in a Twitter feed on Wednesday he welcomed the newcomers. “The City of Montreal welcomes Haitian refugees. You can count on our full collaboration.” Then he added in Creole, “Don’t give up.”

Marleine Bastien, executive director of Haitian Women of Miami, said a “high level of anxiety” exists in the Haitian community because of fear that the temporary status will end. But she is asking migrants to think twice before making the “rash decision” of crossing into Canada.

Haitians with TPS status can legally stay in the United States until Jan. 22 and could end up as undocumented migrants in Canada, with an uncertain path to legal status. Rather than cross illegally into Canada, they should first attempt to apply for migrant status in either country through conventional means, she said.

Interest in the issue is so high that the Haitian Women group plans to have a Canadian guest on its weekly radio program Sunday to discuss the migration situation in Canada.