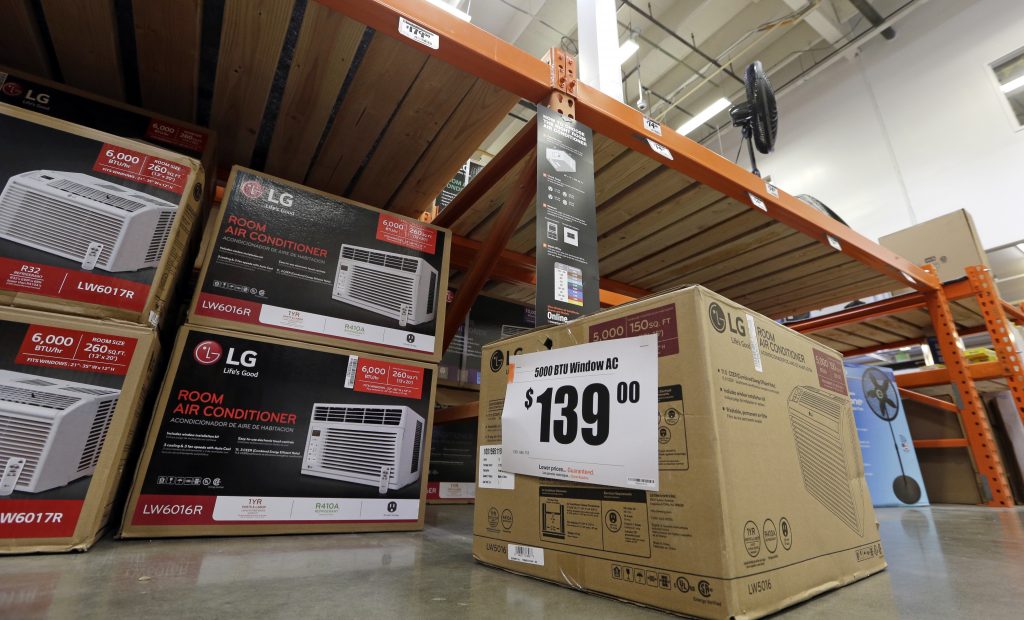 Forecasts for triple-digit heat have caused a minor panic across the Pacific Northwest, a region famous for cool weather that is getting blasted with a Phoenix-like furnace after a coastal weather pattern went into reverse.

The temperatures feel particularly searing in normally temperate cities across Oregon and Washington, where many people do not have air-conditioning because they rarely need it. Many communities have opened cooling centers and warned residents to stay hydrated, avoid strenuous activity and keep their dogs out of parked vehicles.

The National Weather Service slightly dialed back its forecast for Portland to match or break its record high of 107 degrees (41.7 Celsius). Meteorologist David Bishop said the city is now looking at 104 (40 degrees Celsius) or 105 degrees (40.5 Celsius) on Wednesday and Thursday. Smoke from Canadian wildfires cut the heat but caused a thin haze in the morning sky.

“With little to no cloud cover at night, the higher temperatures kind of hang around a little bit,” Bishop said. That creates a cycle in which “the next day is going to be a little bit warmer because we’re already starting off warmer than the previous day.”

The latest forecast for Seattle also showed predicted highs easing a bit from earlier predictions. The weather service said the high for Wednesday would be 91 degrees (32.8 Celsius) and 94 (34.4 Celsius) on Thursday.

The Northwest is better known for its fall, winter and spring rainy seasons. Even July and August are relatively mild months. But the coastal pressure system that usually keeps Portland and Seattle cool flipped this week, allowing temperatures to climb.

Portland’s light rail trains are operating at slower speeds amid concern that the heat will cause tracks to expand and risk a derailment. In exchange for the slow service, fare inspectors are not checking riders for tickets.

Hun Taing uses the train to get to her job in downtown Portland, but she switched to an air-conditioned car because of the delays. She and a co-worker, Heather Heater, had a casual work meeting Wednesday at Director Park, dipping their toes in the fountain as children splashed in the water.

They both have air-conditioning at home — something they once lacked — and expressed more concern for the homeless and elderly than for their personal comfort.

Forecasters had warned that Seattle could see its highest temperatures since the 1890s. The weather service says the city has only recorded three days at 100 degrees (38 degrees Celsius) or higher in more than a century.

The Pacific Northwest’s largest city has opened about 30 cooling centers in air-conditioned libraries and senior centers. The city is also encouraging people to use more than two dozen wading pools and spray parks.

In the state capital of Olympia, 66-year-old Dave Thysell was two-thirds of the way through a 13-mile walk, a trek he said he made earlier than he usually does.

“I never exercise early, but today I did,” he said Wednesday. “I don’t like the extreme heat.” In Olympia, “anything above 75 or 80 is too much.”

Temperatures in the capital were supposed to be in the upper 90s Wednesday and surpassing the 100-degree mark on Thursday.

In spite of the scorching conditions, Thysell said he’s not rushing out to buy an air conditioner. And even if he wanted to, most stores are sold out.