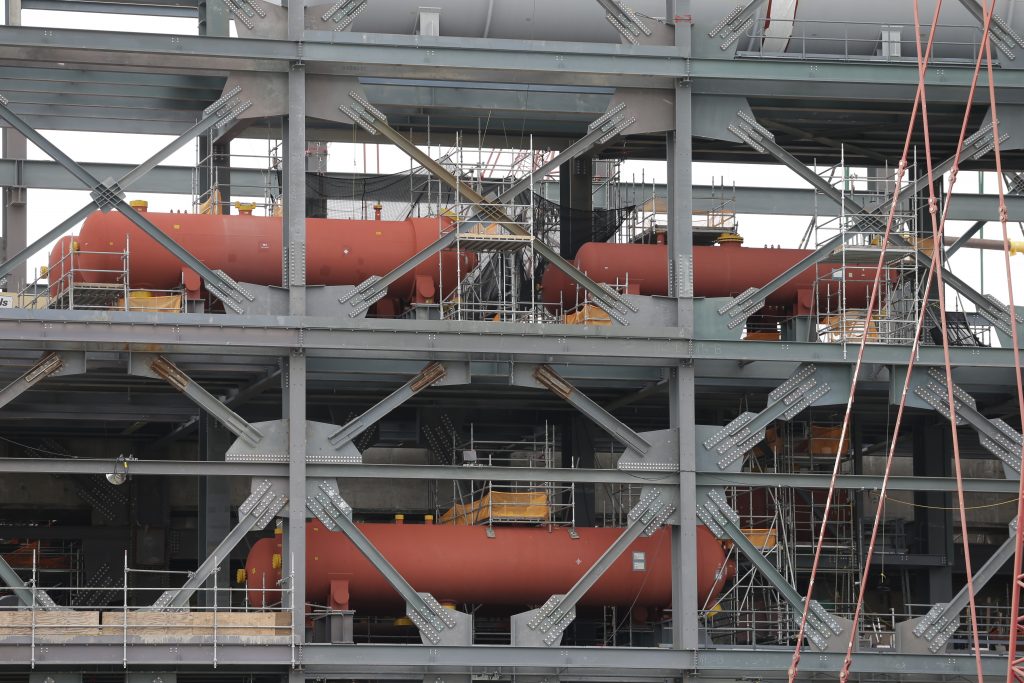 Utility customers in South Carolina may end up spending the next 60 years paying billions for two nuclear reactors that’ll never get built, based on a proposal that Scana Corp. filed with regulators late Tuesday.

Scana is seeking state approval to collect $4.9 billion from customers to cover the costs of scrapping two half-finished reactors after construction delays and billions in cost overruns forced the utility owner to pull the plug. Scana is proposing to gradually recover abandonment expenses through customer rates over six decades. Going through with the project would’ve ultimately cost more than $20 billion, based on company forecasts.

Scana’s estimates land the V.C. Summer project a place among the costliest nuclear power plants that failed to be built in the U.S., underscoring the ballooning price that consumers have paid for a long-hyped nuclear renaissance that has yet to materialize. Duke Energy Corp., Dominion Resources Inc. and NextEra Energy Inc. are among the utilities that have been cleared by regulators to charge at least $1.7 billion for reactors that exist only on paper, filings analyzed by Bloomberg last August show.

Scana pointed out Tuesday that a tax deduction could reduce the impact on ratepayers. The utility also said in its filing that “mitigating adjustments” such as guaranteed payments from Toshiba — the parent of the project’s now-bankrupt contractor Westinghouse Electric Co. — will mean customers won’t see cost increases “for a number of years.”

According to Scana’s filing, the South Carolina Public Service Commission had originally approved a forecast capital cost for the project of $6.3 billion. The utility estimated in a recent review that the reactors would cost it about $8.8 billion to complete. The economics of such nuclear projects have meanwhile been undermined by low natural gas prices and the onslaught of cheap, renewable power.

Scana is relying on a South Carolina law that allows for a utility to collect capital costs for an abandoned plant so long as it can prove the decision to halt construction was “prudent.” And after the company’s partner in the project, Santee Cooper, decided to pull out on Monday, Scana said, the only prudent course of action was to stop construction.