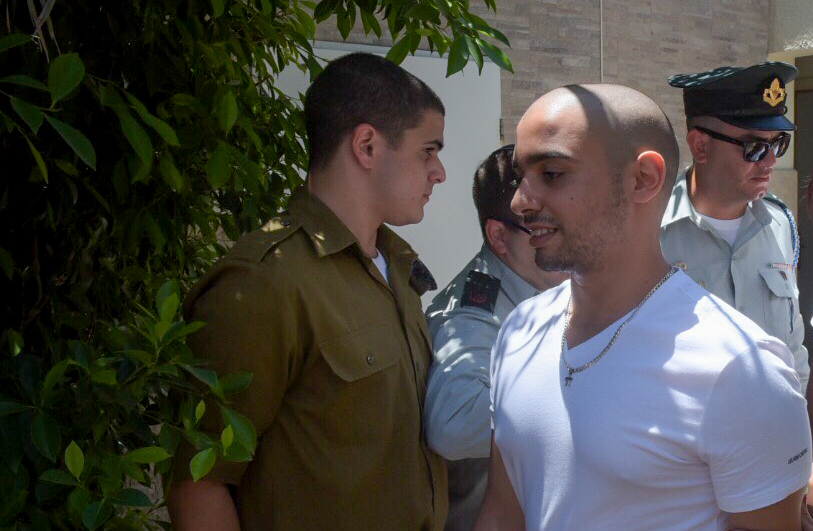 In a wide-ranging interview on Wednesday, Justice Minister Ayelet Shaked advised Elor Azaria to ask the IDF chief for a reduced sentence instead of appealing to the High Court. She also said that current security arrangements at Har HaBayis are insufficient and that Prime Minister Binyamin Netanyahu need not resign even if indicted.

“Azaria should forget appealing to the Court. If you ask me, as minister of justice, I don’t see that course of action having any hope of succeeding. What he should do is ask the Chief of the General Staff for a reduced sentence. I think that soldier has suffered enough, and that should be taken into account. His trial has been lagging for ages, the entire public affair was divisive and I therefore hope he forgoes appealing to the Court,” Shaked told Ynet.

“Such an appeal will just waste more time and do even greater damage to him as well as the army. And I am absolutely of the opinion the Chief of General Staff should take into account all of the circumstances surrounding the case and seriously consider reducing his sentence.”

When asked if the current security arrangements at Har HaBayis are “satisfactory,” Shaked replied, “No, far from it. And the police agrees with me. We need to consider our options in this regard.”

Reinforcements ordered by Netanyahu do not meet the need, she asserted, but a plan that may be more effective is in the works. “A governmental decision has been made to turn the entire Old City into a smart city, putting up cameras and other security measures all over the city, its periphery, and the entrance to Har HaBayis.”

“Would that stop terror attacks?” the interviewer asked.

“We’ll see. That’s the decision we made.”

The justice minister was sharply critical of the Arab MKs.

“And we do our part to invest in the Arab public. I do at my ministry, the minister of education does, as do the ministers of agriculture and the economy. We all invest a great deal in the Arab sector to make them a part of Israeli society. Events like the one we witnessed in Umm al-Fahm should be dealt with harshly. It really does start at the top. Unfortunately, the Arab MKs won’t distance themselves from this behavior or set a personal example.”

As for the ongoing investigations of possible corruption in the Netanyahu government and the specter of an indictment of the PM himself, she backed up what coalition chairman David Biton said recently.

“The law states the prime minister doesn’t have to resign. We’ll wait and see. There’s a lot of misinformation in the media; for example, in reports the prime minster or even some of the ministers are embroiled in the submarine affair, which the attorney general declared to be false. At the end of the day, an indictment is served on evidence,” she said. “Something very extreme would need to happen for the government to fall.

“At the moment, one hasn’t been served. There isn’t even a recommendation to indict. The people responsible for making that decision are the state attorney and attorney general. They work in tandem and will be making that decision. Until then — let the prime minster and government carry on working,” Shaked added.

Despite the investigations and media coverage whirling around him, she said that Netanyahu’s job performance seems unaffected.

“When I look at the prime minister in meetings, he’s completely focused on the matter at hand. I can’t say what goes on outside of government meetings. Each minister manages their own ministry with the prime minister dealing mainly with foreign and security affairs, as far as I can tell. Regardless, in cabinet and work meetings he seems totally focused.”