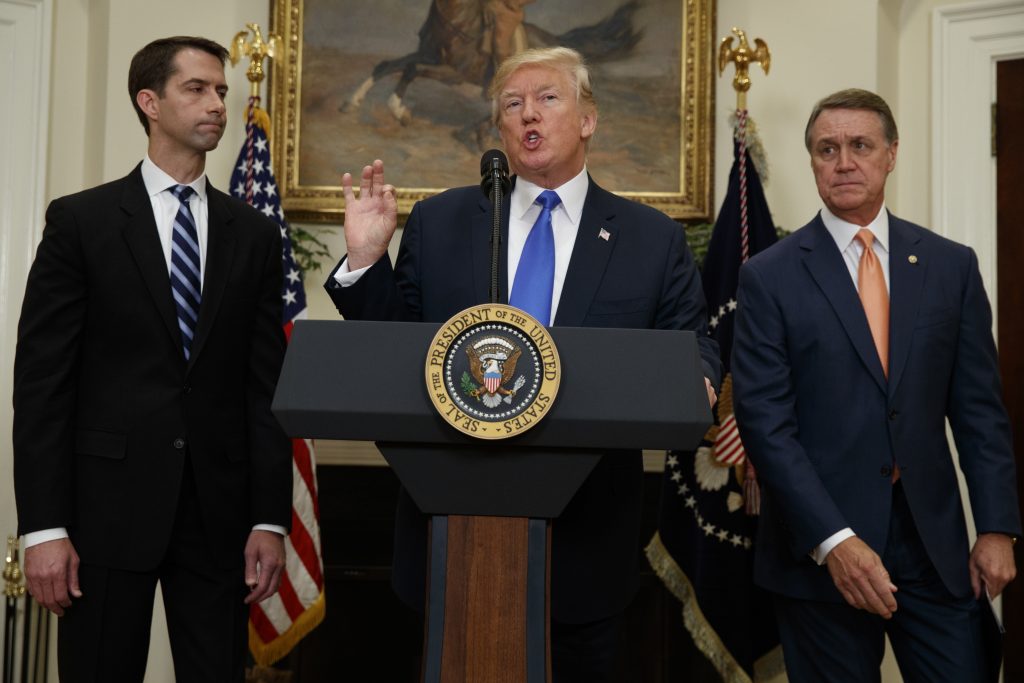 President Donald Trump plans to join with two Republican senators to unveil legislation that would place new limits on legal immigration. It would seek an immigration system based on merit and jobs skills instead of family connections.

President Trump appeared with Republican Sens. David Perdue of Georgia and Tom Cotton of Arkansas at the White House on Wednesday to discuss the bill. The president said at an Ohio rally last month that he was working with the conservative senators to “create a new immigration system for America.”

Mr. Trump has made cracking down on illegal immigration a hallmark of his administration and has tried to slash federal grants for cities that refuse to comply with federal efforts to detain and deport those living in the country illegally.

His involvement will put him at the center of efforts to make changes to the legal immigration system. Previewing the event, White House officials said the bill would aim to create a skills-based immigration system to make the U.S. raise wages, create jobs and be more competitive.

The White House said that only 1 in 15 immigrants comes to the U.S. because of their skills, and the current system fails to place a priority on highly skilled immigrants.

Perdue and Cotton introduced the legislation in February that would change the 1965 law to reduce the number of legal immigrants, limiting the number of people able to obtain green cards to join families already in the United States.

The bill would also aim to slash the number of refugees in half and eliminate a program that provides visas to countries with low rates of immigration.

President Trump’s appearance was aimed at bringing attention to the bill, which has been largely ignored in the Senate, with no other lawmaker signing on as a co-sponsor. GOP leaders have showed no inclination to vote on immigration this year.

Some immigrant advocates have criticized the proposal, saying that slashing legal immigration would harm the economy and hurt industries like agriculture.

“Our system is broken, but the response should be to modernize it, not take a sledgehammer to it,” said Jeremy Robbins, executive director of New American Economy, a group of business leaders, mayors and others backed by former New York City Mayor Michael Bloomberg that advocates for comprehensive immigration reform.