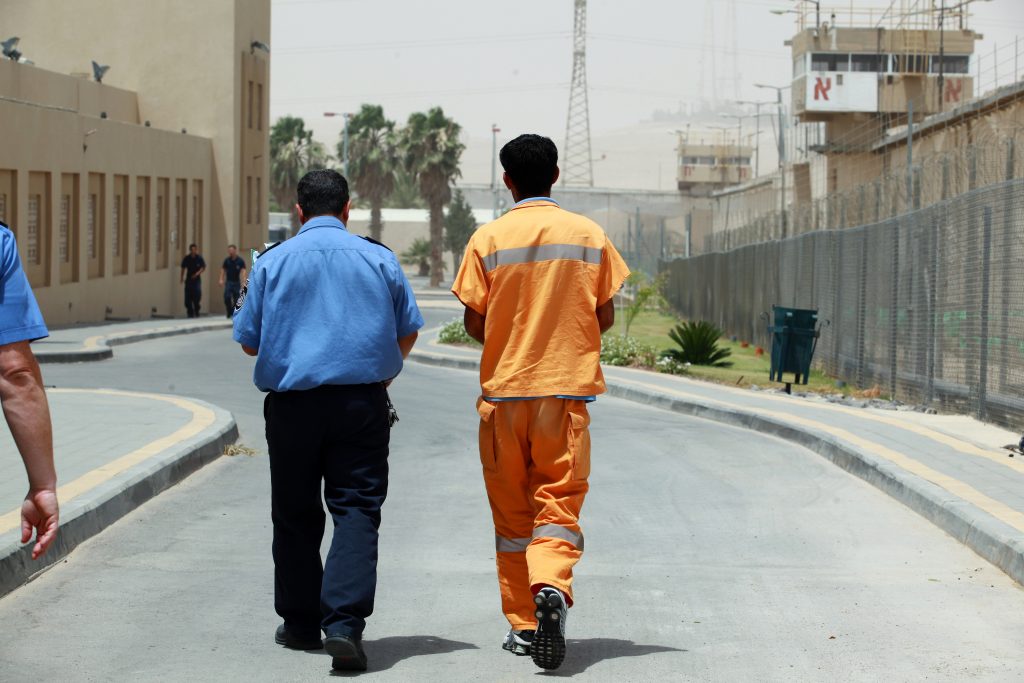 Over two-thirds of Israelis agree with Prime Minister Binyamin Netanyahu and other senior ministers who have called for the death penalty for terrorists in recent days.

According to the findings of the Israel Democracy Institute and Tel Aviv University’s Peace Index released on Wednesday, 69.8 percent of Israelis support capital punishment for Palestinians convicted of murdering Israeli citizens for nationalistic reasons.

Only 25.3 percent said they were opposed; 4.9 percent expressed no opinion.

In the wake of the Chalamish killings, Netanyahu, Defense Minister Avigdor Liberman, Justice Minister Ayelet Shaked and Education Minister Naftali Bennett all said that the time had to come to impose the death penalty.

Israeli courts have refrained from sentencing even mass murderers to death. The hanging in 1962 of Adolph Eichmann, a major Nazi war criminal, was an exception.

Legislation was introduced on Wednesday by Likud MK Naava Boker that would allow giving the death penalty to terrorists sent by a terrorist organization who murder at least two people.

“The murderers of the Fogel family, Hy”d, in Itamar currently live in a four-star hotel in an Israeli prison,” Boker said. “The recent murders of border policemen on Har HaBayis and the Solomon family in Chalamish require taking stricter measures. Enacting a death penalty for terrorists, along with other measures, could restore deterrence and help stop terror in Israel.”

Unsurprisingly, Arab respondents were much less harsh in their assessments. When asked whether punishments given by Israeli courts to Palestinian terrorists who kill Israelis are appropriate to the crime, 63 percent of Israeli Arabs said they were too harsh, 2.3 percent said too light, 25.4 percent said just right, and 9.3 percent expressed no opinion.

The poll also probed public opinion on Netanyahu’s performance. More than half disagreed when asked if they thought he did not try to ease tensions on Har HaBayis as a way of distracting attention from criminal investigations.

Regarding allegations about Netanyahu’s involvement in the submarine affair, 40 percent thought he approved it for personal gain as much as security reasons; 38.3 percent disagreed, and 21.5 percent said they did not know or expressed no opinion.