Not Black or White 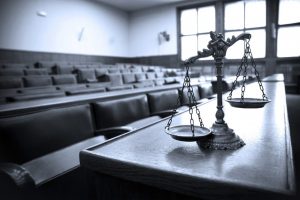 Imagine a store owner in possession of shoplifting footage. Not a blurry playback where the person’s face is indistinguishable, but an absolutely unambiguous recording, where the thief’s face and features are utterly discernible. What would he do? Go straight to the police, right? Or, perhaps in this day and age, post the footage on social media. But Rocco’s owner Damian Penner of the Canadian city of Steinbach, Manitoba, took a completely different approach.

Last week, a mother entered his pizzeria with four children who were running around and acting wild while she pretended to consider menu options and haggled with the cashier. Her arguments eventually flustered the employee to the point of distraction. Taking advantage of the opportunity, the woman removed four pre-made pizzas from a freezer and slipped them into her bag. Shortly thereafter, the family of five exited the restaurant without purchasing anything. Amazingly, they returned a few minutes later! The mother once again engaged the employee while, this time, her kids stole three pizzas.

Penner, after witnessing the theft on his closed-circuit camera’s video footage, decided to deal with this in a unique way, by posting the following message to his community’s social media groups: “To the lady that stole 8 take-and-bake pizzas last night. We do not know the situation you are in, and don’t know if it was malicious, or to feed your children. But please, ask for help either way. You can’t continue to get your children to assist you in stealing, as they are young, impressionable, and still learning. You may feel like there is no other way, but, regardless, you have to parent, and can’t raise your children as an example like this. We won’t post your picture, or go to the police, as this happened one time. Again, we don’t know the circumstances, and posting your photo would do nothing more than shame you in a community that is here to help you! If you need help, please come in and talk to me personally. We know of many resources out there, and work closely with many groups that can help lift you out of the circumstances you may be in!”

It seems pretty obvious that the fact that this was a “family job” played a big part in Penner taking such a stance. A mother doing such a thing with her children highlights what can often go overlooked in such circumstances, namely, the fact that there can be much more to the picture than the shoplifting moment caught on camera. This, both in terms of what desperate situation may have motivated the wrongdoing, as well as the bigger picture of very unwanted repercussions that taking a purely prosecutorial approach could possibly generate. Ultimately, Penner determined, it won’t be of benefit to just go to the police or publicly shame the family by posting the theft footage. Rather, Penner decided, what will be most beneficial in the long run is to get this family the help it needs.

Now, whether or not Penner’s choice was the right one in this particular situation is really anyone’s call. Surely, some would argue in favor of reporting to the police. Perhaps others would insist that the footage should have been posted on social media to discourage others from theft. What is definitely worthwhile noting in this story, though, is the basic, underlying premise it represents. And that is that there’s a lot of nuance in life.

This statement powerfully underscores the need to recognize the sometimes subtle nuances of various situations that may call for an approach that goes beyond the strict letter of the law. Just because someone owes you money, for example, and you may have the legal right to move forward with a court-ordered collection execution, doesn’t mean that you have to do so. Or, if you know that halachah gives you precedence to the amud, you still don’t have to insist on it. Of course, at all times you need daas Torah to really know when to do what. But it’s always important to keep in mind that life isn’t always as black and white as it may seem; that people and situations cannot always be sized up by the same square measure. Often, there can be significant nuance and shades of gray to consider before deciding on the best course of action.