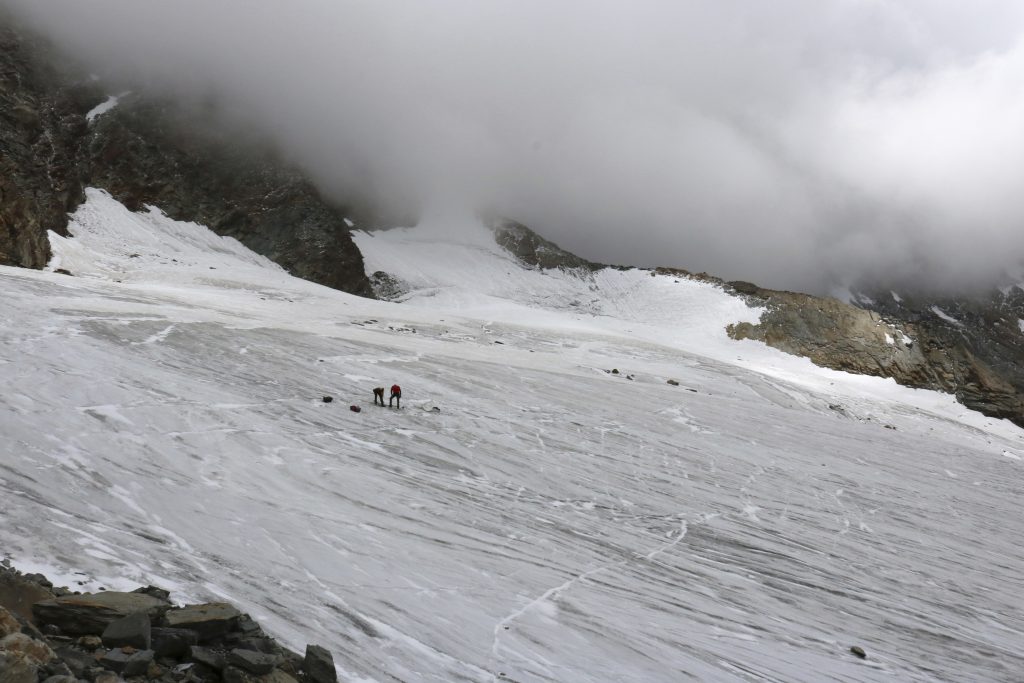 Police in southwestern Switzerland have found in an Alpine glacier the remains of a German hiker who went missing almost exactly three decades ago.

The regional Valais police department said on Wednesday that the remains of the unidentified man were found after two hikers last week happened upon a hand and a pair of shoes sticking out of the Hohlaub Glacier, 6 miles east of the famed Matterhorn.

Lab tests identified the deceased man, who was in his mid-40s when he went missing on Aug. 11, 1987. Valais police spokesman Markus Rieder said the victim’s family has been informed.

Swiss authorities recently have been finding the bodies of adventurers who have gone missing in Alpine ice and snow. Rieder said authorities believe global warming has increasingly caused glaciers to retreat, raising the likelihood of finding more such human remains.

Last month, authorities found the bodies of a Swiss couple nearly 75 years after they went missing on the Tsanfleuron glacier, 45 miles away from Hohlaub.