Technology Is There Finally Some Relief From Annoying Robocalls?
Health, Science & Technology 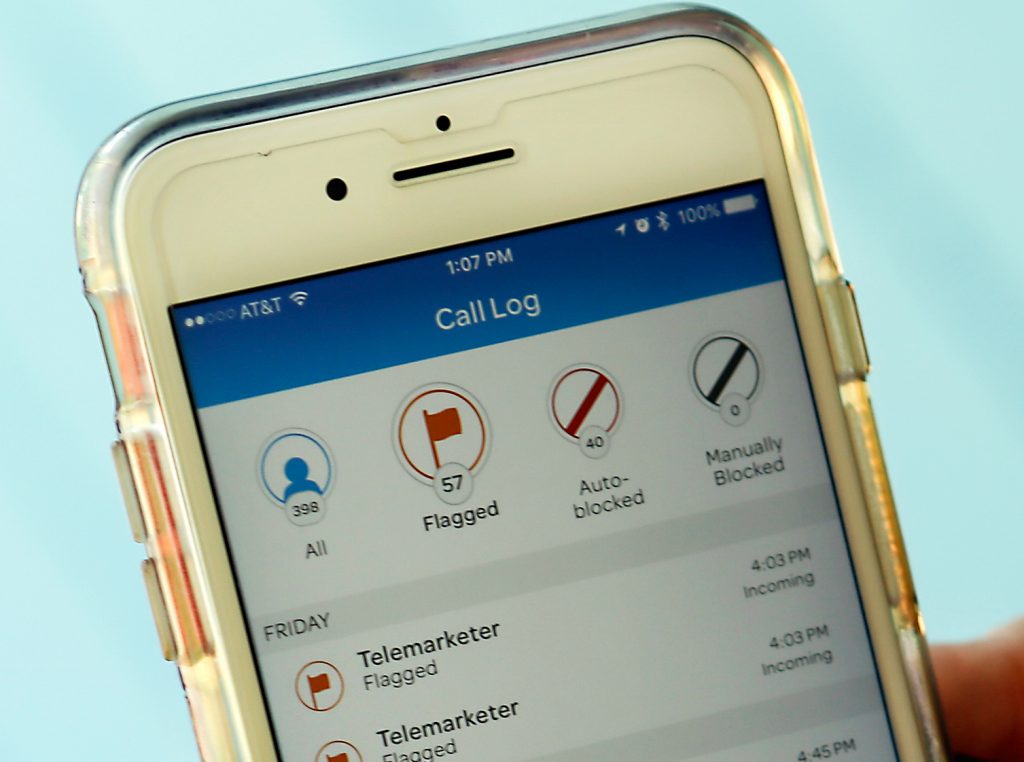 For Michael Rizzo, answering the phone is too often a waste of time.

His Sports City Pizza Pub in Buffalo, New York, depends on customers calling to order wings, pizza and potato skins. But much of the time, it’s an automated message pushing a scam. “It’s getting to the point where it’s blocking other callers from coming in,” the 24-year-old bar owner said.

Help is coming, if slowly. Over the past year, prodded by the government, cellphones have added new tools to counteract unwanted “robocalls.” The Federal Communications Commission has proposed letting phone companies block more spam and is hoping to deter scammers with big fines.

Experts say these steps are not a cure-all, but they’re a good start.

WHY IS THIS HAPPENING?

The federal and state “Do Not Call” lists are supposed to protect people from unwanted calls from telemarketers. But scammers don’t care about breaking the law.

Scammers reach people cheaply and easily using “auto dialers,” which spew out a large number of calls automatically. It’s estimated that Americans receive tens of millions of robocalls every day. Not all of them are fraudsters, of course. Pharmacies send automated messages about prescriptions being filled. But too often, it’s this: You owe the IRS money; it’s Microsoft calling to fix your computer; free cruises!

And spam callers have tricky technology that makes a phone’s caller ID display a local or important-looking caller, like the IRS. Cracking down on “spoofed” numbers would make running a scam more difficult and save U.S. consumers millions of dollars, a group of state attorneys general said in an FCC filing.

WHAT PHONE COMPANIES ARE DOING

Phone companies and independent apps can screen or block unwanted calls by checking them against databases of known problem numbers and analyzing suspicious behavior, like a number that’s calling lots of people on Do Not Call lists.

Wireless carriers also have tools that flag incoming calls with warnings like “scam likely,” but they aren’t available on all phones, or to many prepaid customers. The versions from Verizon and Sprint cost extra.

Jen Vargas, 39, a multimedia producer from Orlando, Florida, said her AT&T app flags and blocks some fraudulent calls to her cellphone, but she’s given up with the landline.

“Very rarely do I pick up a call from a number I don’t know,” Vargas said.

You can buy gadgets, some pretty clunky, that block calls on home phones. Verizon is also testing warnings about suspicious calls on a home phone’s caller ID display.

HELP FROM THE GOVERNMENT

Phone companies can already block some calls that are being faked. The FCC has proposed rules to formalize that practice and permit them to block other calls they suspect are scams. That means Verizon can block a toll-free number that accepts calls for a bank but never initiates a call. Carriers would also be able to block calls they know aren’t legitimate, like a number with a 911 area code. The rules still need to be finalized.

Maureen Mahoney, a public policy fellow at the nonprofit Consumers Union, said the development is “promising,” but won’t protect consumers from all unwanted calls.

For one thing, “Do Not Call” lists don’t apply to certain types of callers, such as debt collectors and political campaigns. In addition, Mahoney said, the FCC rules would cover only faked numbers. Not all robocalls are spoofed.

In the longer term, the FCC supports industry efforts to verify that callers are really who they say they are. Perhaps one day, you’ll see a green checkmark on your smartphone when the caller is legitimate. U.S. Telecom, the phone-company lobby, says rolling this out could take a few years, but would prove powerful against robocallers.

WHAT CAN YOU DO?

Robocallers aren’t going away, said Aaron Foss of Nomorobo, a call-blocking service for cellphones and home phones. “These guys are criminals and they’re going to find their way around any system. But it’s our job to make sure we make it as difficult for them as possible.”

— Don’t answer the phone if you don’t recognize the number. (Yes, this is impractical on business phone lines, like Sports City’s.)

— Hang up on unwanted callers. Don’t talk to them or press any buttons. If you engage with them, they might flag you as someone who’s responsive and inundate you with more calls. Block the number after the call, if possible.

— Use call-blocking apps. If you have privacy concerns, check the app’s policy to see if it’s sharing your call or contacts data with marketers.