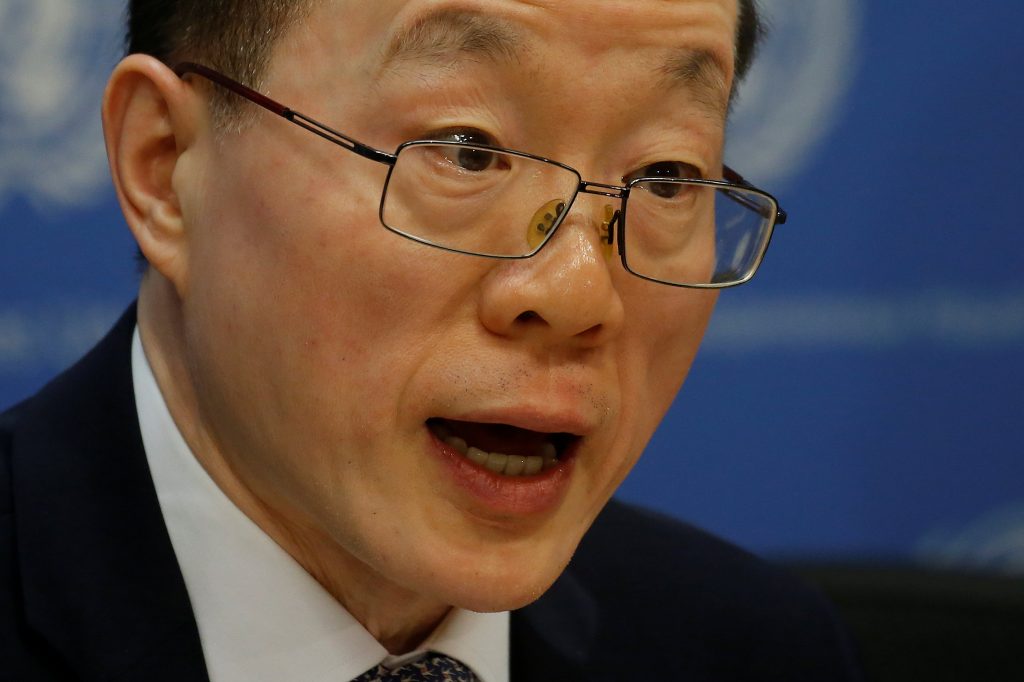 Liu Jieyi said at a news conference this week that China’s future diplomatic efforts will focus on trying to move toward a negotiated solution based on the four proposals.

Xi signaled China’s stepped-up engagement in the Middle East when he met about two weeks ago in Beijing with Palestinian President Mahmoud Abbas and outlined the plan.

The four points are:

— Advancing the two-state solution based on 1967 borders with east Yerushalayim as the capital of a new Palestinian state.

— Promoting peace through development and cooperation between the Palestinians and Israel.

China views both Israel and the Palestinians as “important partners” in its “One Belt, One Road” initiative, a mammoth Chinese-funded push to develop transport routes including ports, railways and roads to expand trade in a vast arc of countries across Asia, Africa and Europe, the ambassador said. China has also proposed launching a “China-Palestine-Israel tripartite dialogue mechanism in order to coordinate the implementation of major assistance programs in Palestine,” he said.

Liu said China plans to hold a seminar for Israeli and Palestinian “peace activists” this year, seeking “to contribute wisdom for the settlement of the Palestinian question.”

He urged the international community to “respond positively to the proposals made by China because we believe these four proposals once fully implemented will really go a long way towards helping the issue to be solved through negotiations, and also contribute to stability of the relations between the two sides.”

The Foreign Ministry responded to the proposals on Tuesday by reiterating longstanding Israeli policy that “the way to peace goes through a return to negotiations without preconditions by the Palestinians.”

Israel’s former ambassador to China, Matan Vilna’I, attributed China’s growing interest in Mideast peacemaking to a concern that instability in the region could jeopardize its oil and gas supply.

As Vilna’i noted, “60 percent of Chinese energy comes from Saudi Arabia, the United Arab Emirates and Iran; and they are very sensitive to what is happening here.”

Vilna’i, who served as ambassador to China from 2012 to 2016, said that while Israel should welcome any country with ideas for promoting peace, he said there was nothing new in the proposals.