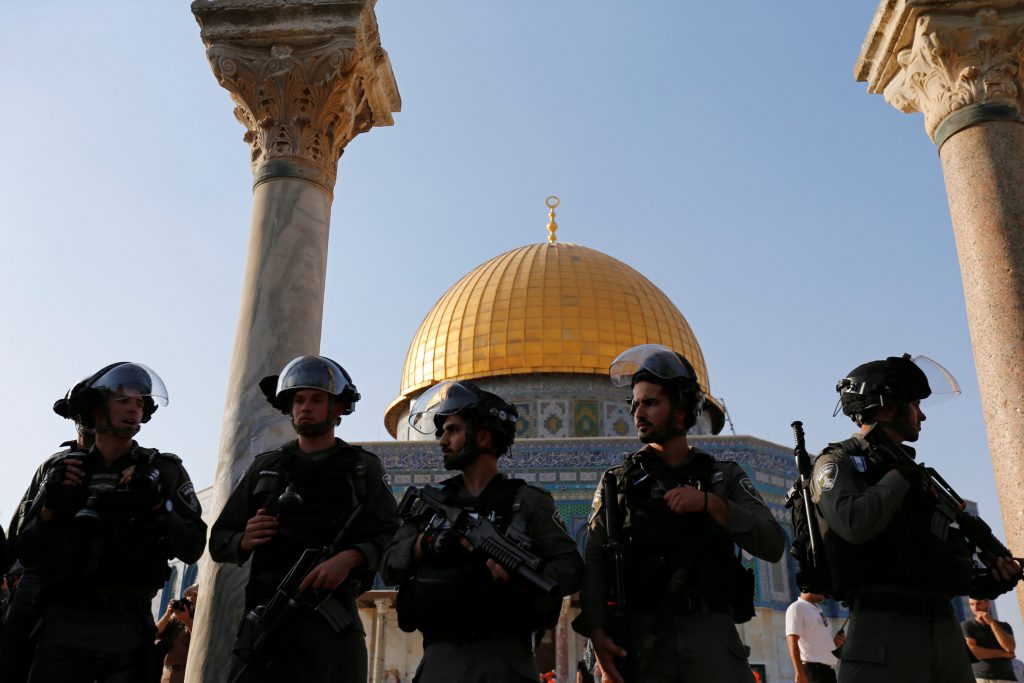 The tens of thousands of Arabs who participated in riots against security measures at Har Habayis had a great deal of support from all corners of the Arab world – as well as from Iran, which sponsored meals, transportation expenses, and other “petty cash” outlays for many of the rioters. Yisrael Hayom quoted sources in the Palestinian Authority as pointing to the Iranian support, which included snacks, meals, and pocket money for rioters.

Arab media reported that “Iranian youth groups” had raised money to help the rioters, but PA officials – who, Yisrael Hayom said, are fuming over the Iranian intervention – said that no “youth group” subsisting on donations and teenage manpower could have pulled off the logistics of distributing tens of thousands of meals daily for weeks. As further evidence of Iranian intervention, they pointed to the packaging of the trays the meals came in, which featured Iranian symbols, and a quote from Iran’s Ayatollah Khameini predicting “victory and freedom for Palestine.”

“They clearly spent millions of shekels on this project,” the PA officials told Yisrael Hayom. “They are using this to get a foot in the door and make themselves more relevant to the events in this country, under the nose of Israel.”

According to the officials, they knew about the intention of Iran in advance and had a common interest with Israel in preventing the feeding project from going through, but they did not forward the information to Israeli intelligence because of the suspension of security cooperation between Israel and the PA. The reason was political – with the PA seeking to prove to Israel that it could not be dismissed so easily, and that Israel needed the PA’s help on security matters – but the officials said that they had made a mistake in not getting Israel involved. “The Iranians don’t miss a chance to send their tentacles anywhere and everywhere, like an octopus. It was a big mistake to allow them this opportunity.”