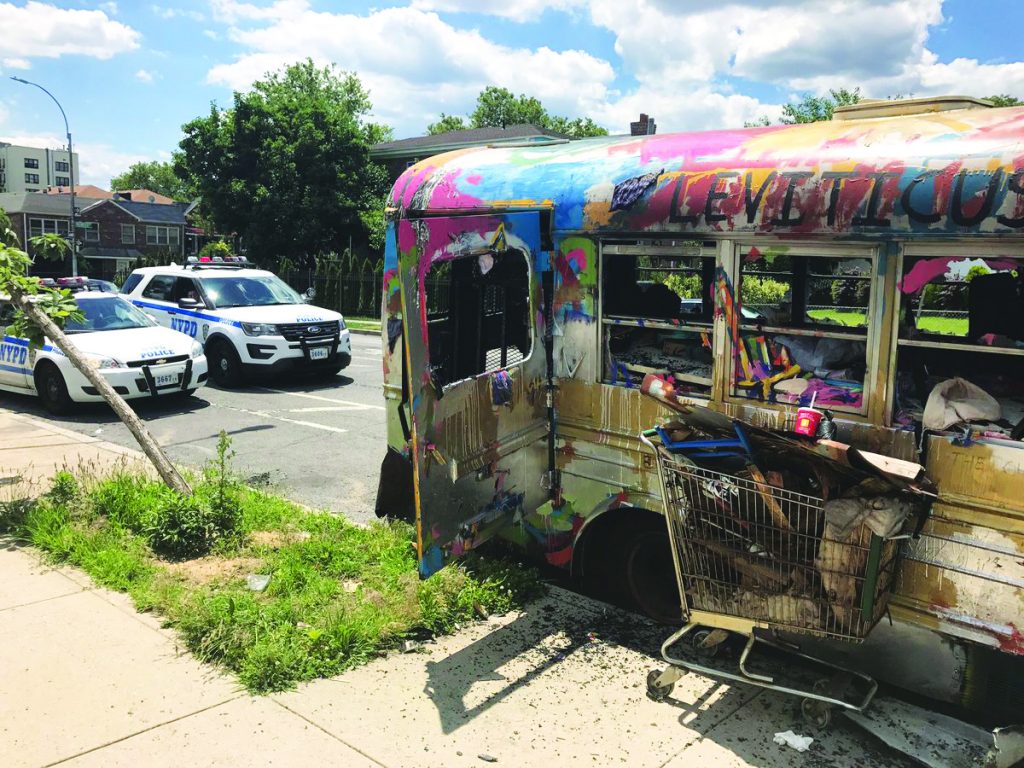 NYPD announced Monday that they have arrested a man who set fire to the iconic Mitzvah Bus in June.

The suspect was identified by police as Joseph Jackson, 30, from Brooklyn. He was arrested early Monday morning and charged with arson and criminal mischief for the incident, which was captured on a security camera.

The man is a known pyromaniac, and he was once arrested in Queens for torching a building in Laurelton, sources told the New York Post. Jackson also has mental-health problems and had been living in a homeless shelter when he set the Mitzvah Bus on fire.