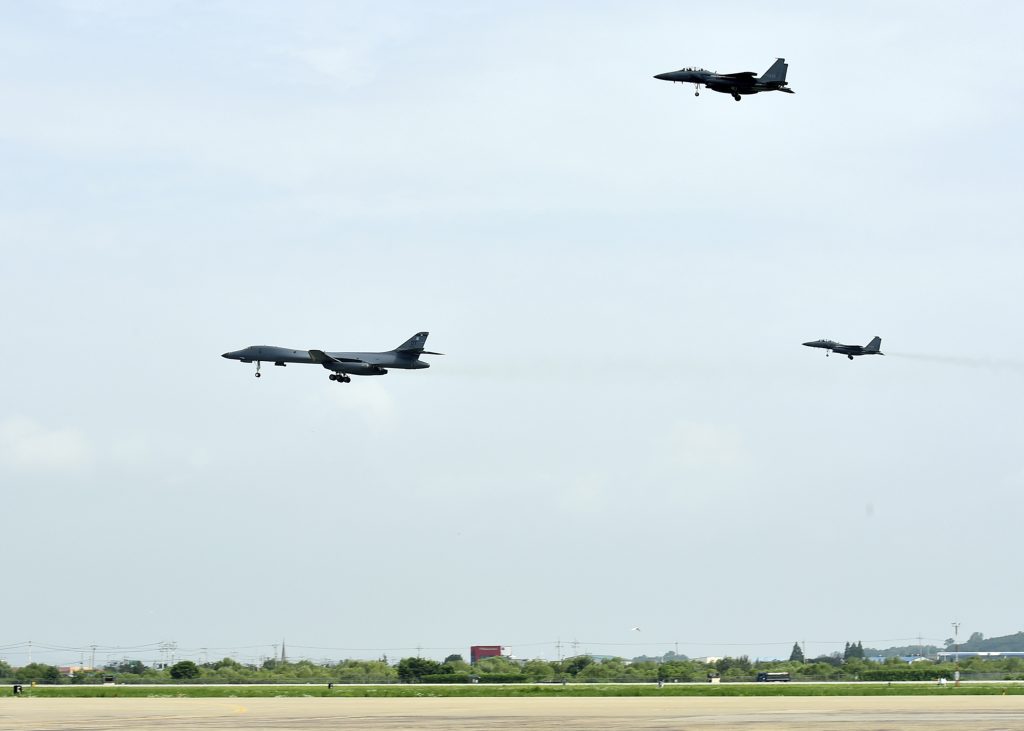 The United States flew two supersonic bombers over the Korean Peninsula on Sunday in a show of force against North Korea following the country’s latest intercontinental ballistic missile test.

The B-1 bombers were escorted by South Korean fighter jets as they performed a low-pass over an air base near the South Korean capital of Seoul before returning to the Andersen Air Force Base in Guam, the U.S. Pacific Air Forces said in a statement.

It said the mission was a response to consecutive ICBM tests by North Korea this month. Analysts say flight data from North Korea’s second ICBM test conducted Friday night showed that a broader part of the mainland United States, including Los Angeles and Chicago, is now in range of Pyongyang’s weapons.

“North Korea remains the most urgent threat to regional stability,” Gen. Terrence J. O’Shaughnessy, Pacific Air Forces commander, said. “Diplomacy remains the lead. However, we have a responsibility to our allies and our nation to showcase our unwavering commitment while planning for the worst-case scenario.”

He added, “If called upon, we are ready to respond with rapid, lethal and overwhelming force at a time and place of our choosing.”

The United States often sends powerful warplanes in times of heightened animosities with North Korea. B-1 bombers have been sent to South Korea for flyovers several times this year in response to North Korea’s banned missile tests, and also following the death of a U.S. college student last month after he was released by North Korea in a coma.

The Hwasong-14 ICBM, which the North first tested on July 4, is the highlight of several new weapons systems Pyongyang launched this year. They include an intermediate range missile the North says is capable of hitting Alaska and Hawaii and a solid-fuel midrange missile, which analysts say can be fired faster and more secretly than liquid-fuel missiles.