World Typhoon Injures 111 in Taiwan as Another Storm Approaches
World 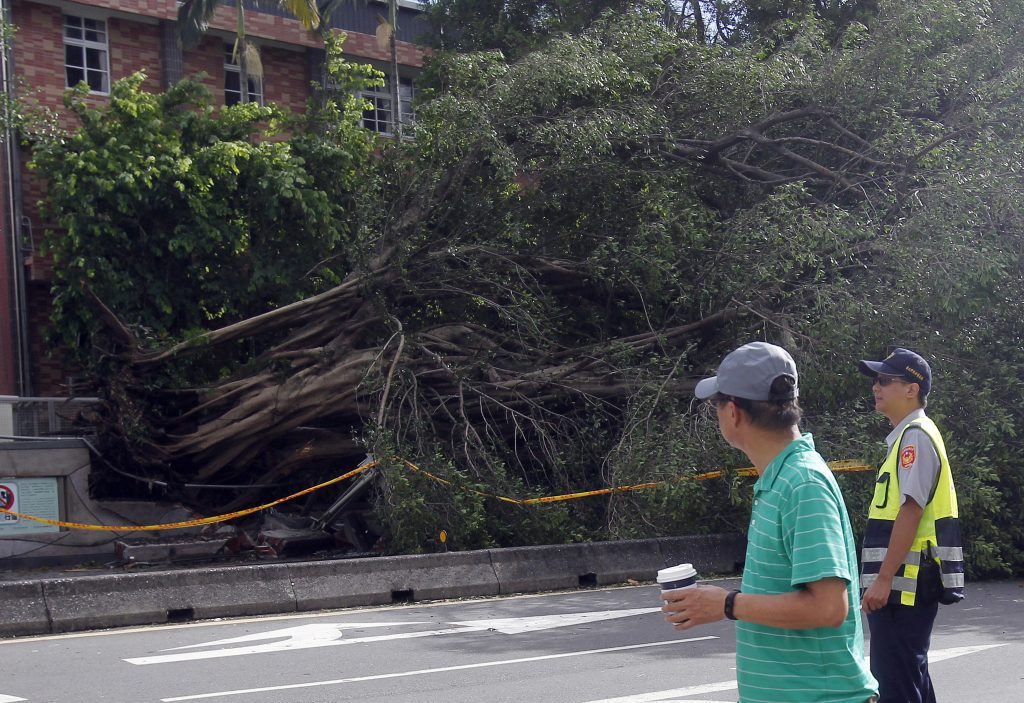 Taiwan’s first typhoon of the year left 111 people injured and coastal towns flooded as the island braced for a second tropical storm Sunday.

Howling winds toppled motor scooters and hit people with flying glass, the Central Emergency Operations Center said. In Yilan county on the northeast coast, one person was blown down, another was struck by a wind-driven object and a third was injured when a utility truck flipped.

Typhoon Nesat made landfall on the northeast coast of Taiwan Saturday evening with maximum sustained winds of 137 kilometers (85 miles) per hour and gusts of up to 173 kph (107 mph), according to the national weather bureau.

All but two of the injuries were minor, an operations center staff person said.

The typhoon also left shops and streets in agricultural Pingtung county knee-deep in muddy water after dumping about 600 millimeters (24 inches) of rain.

More than 10,000 people, largely from Taiwan’s south, were evacuated before the typhoon and 1,612 were still in shelters Sunday morning.

Nesat caused the cancellation of 145 international flights and cut power to nearly half a million households.

The typhoon passed through Taiwan and reached Fujian province in southeastern China by 7 a.m. Sunday as a less severe tropical storm, officials said.

Close to 70,000 people have been evacuated so far and dozens of trains and flights suspended in Fuzhou, the provincial capital, Fujian’s water resources department said.

Taiwan, meanwhile, is on alert again as a second tropical storm was due to make landfall Sunday night.

Taiwan, China, Japan and the Philippines regularly see typhoons from June through November. The deadliest in Taiwan since 2000 was Typhoon Morakot, which set off landslides that left about 680 people dead in 2009.