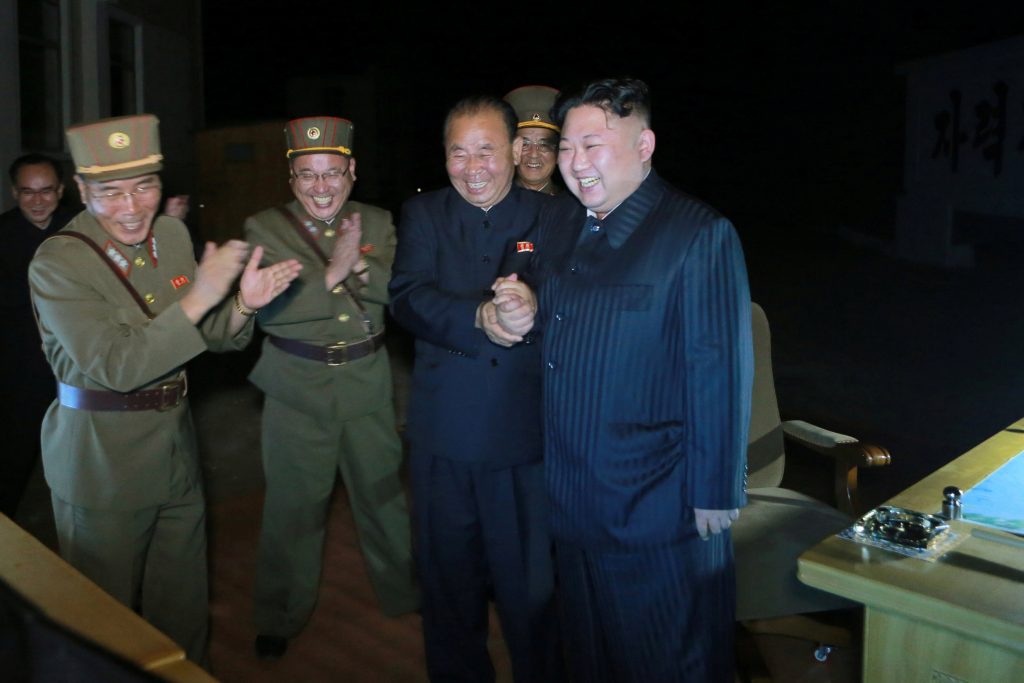 Although the latest North Korean test of an intercontinental ballistic missile (ICBM) drew a rebuke from China, President Donald Trump wrote on Twitter that he was “very disappointed” in China and that Beijing had done “nothing” for the United States in regards to North Korea, something he would not allow to continue.

A Foreign Ministry statement added: “At the same time, China hopes all parties act with caution, to prevent tensions from continuing to escalate, to jointly protect regional peace and stability.”

In a tweet, Trump said: “I am very disappointed in China. Our foolish past leaders have allowed them to make hundreds of billions of dollars a year in trade, yet they do NOTHING for us with North Korea, just talk. We will no longer allow this to continue. China could easily solve this problem!”

President Trump, who railed against the huge U.S. trade imbalance with China throughout his election campaign, has been considering imposing broad tariffs on steel imports. These would be partly aimed at pushing China, considered the source of major global oversupply, to shutter excess steel-making capacity.

“By threatening the world, these weapons and tests further isolate North Korea, weaken its economy, and deprive its people,” Trump said in a statement on Friday. “The United States will take all necessary steps to ensure the security of the American homeland and protect our allies in the region.”

The Trump administration has said that all options are on the table to deal with North Korea. However, it has also made clear that diplomacy and sanctions are its preferred course.

The foreign ministers of South Korea, Japan and the United States held separate phone calls and agreed to step up strategic deterrence against the North and push for a stronger U.N. Security Council sanctions resolution, the South and Japan said.

South Korea has also said it will proceed with the deployment of four additional units of the U.S. THAAD anti-missile defense system that President Moon Jae-in had earlier delayed for an environmental assessment.

Moon, who has pledged to engage the North in dialogue but was snubbed by Pyongyang recently over his proposal to hold cross-border military talks, said Seoul will also seek to expand its missile capabilities.

China’s Foreign Ministry expressed serious concern about the announced move on THAAD, saying it will only make things more complex. Beijing opposes the missile defense system because its power radars can look deep into China.

“We strongly urge South Korea and the United States to face squarely China’s concerns about its interests, stop the relevant deployment process and withdraw the related equipment,” the Foreign Ministry said in a statement.

The missile test came a day after the Senate approved a package of sanctions on North Korea, Russia and Iran. Trump is ready to sign the bill, the White House said on Friday.

The sanctions are likely to include measures aimed at Chinese financial institutions that do business with North Korea.