Israel Court: Haifa Ammonia Must Be Removed by September 18
Israel 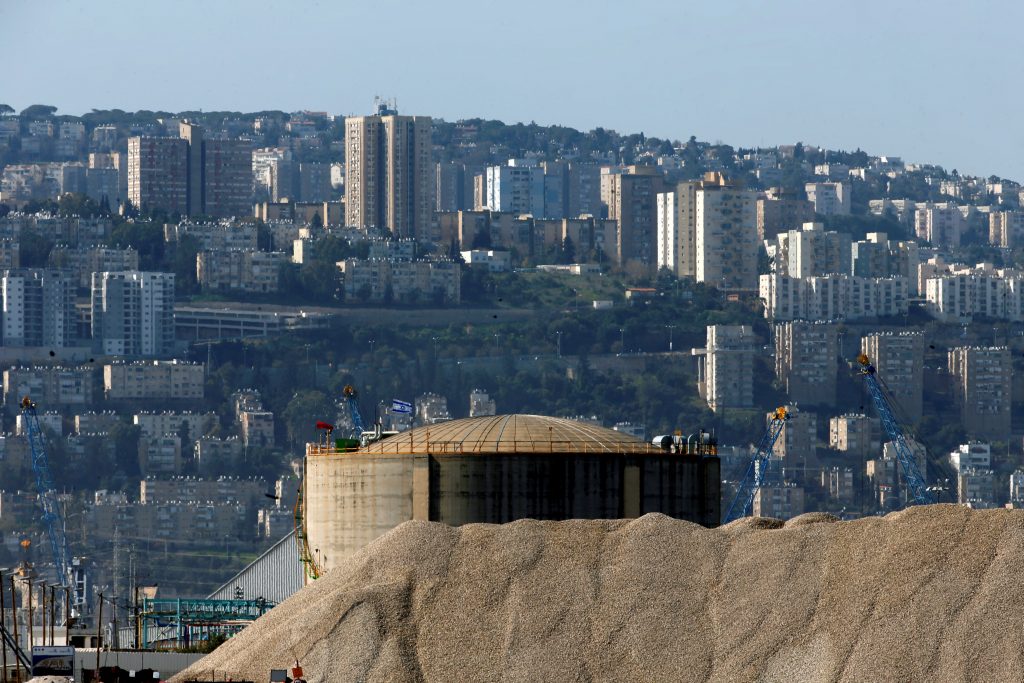 Haifa Chemicals is shutting down its operations in Israel, the company announced Wednesday. In a letter to Prime Minister Binyamin Netanyahu, company head James Trump said that the company could not handle the financial burden imposed on it by the High Court to drain the storage vats of ammonia located in Haifa Bay without suitable alternatives — which the government, after years of discussion, has still not provided or even planned for. As a result, all 800 of the company’s workers are now out of a job. “If the government is unable or unwilling to fulfill its role as a regulator and provide the means by which Israel’s fertilizer and other ammonia-dependent industries can survive, we certainly are unable to do so,” President Trump wrote to the prime minister.

Last month, the government decided to resolve the ongoing dilemma of how to supply Israeli industry with ammonia by building a new storage facility in southern Israel. The storage facility will be built in the Rotem industrial zone, near Be’er Sheva. The new facility, government officials said, will provide a long-term solution for the ammonia needs of Israeli industry. Until the facility is built, the ammonia was to be stored in small ships off the coast of Haifa. The ships will each hold only several weeks’ supply of ammonia, so that in the event of a leak or other problem, the environmental damage could be easily controlled.

But Haifa Chemicals can’t wait that long; the High Court has ordered the storage facilities drained by September 18th. In its decision, the court criticized Haifa Chemicals’ foot-dragging on moving the ammonia to an alternative facility. “Had they acted sooner, they could have found a way to safely store the ammonia by now. We are hopeful that with this decision, the danger that hovers over residents of Haifa will now be removed.” In a statement, the Haifa Municipality said that it “congratulates the court for rejecting the position of the state, which by some circumstance was the same as that of Haifa Chemicals, and has ordered that the ammonia vats be emptied.” Unfortunately, wrote Mr. Trump, there is no alternative solution for storage right now. Hence, the closure. “It breaks my heart to have to do this, as I have met many of the workers at my plants,” he said.

Commenting on the decision, Shraga Brosh, the head of the Israel Industrialists Association, said that it was “a sad day for Israeli industry. We could easily have developed a solution to the company’s problems. We cannot have a situation where we do not have a steady supply of ammonia for industry. As a result of this situation, the entire Israeli chemical industry, an advanced industry worth hundreds of millions of dollars, is in danger. I feel terrible for the workers, who now, because of the government’s failure to address ‘green populism’ which bullied this company, will now have to find new jobs.”