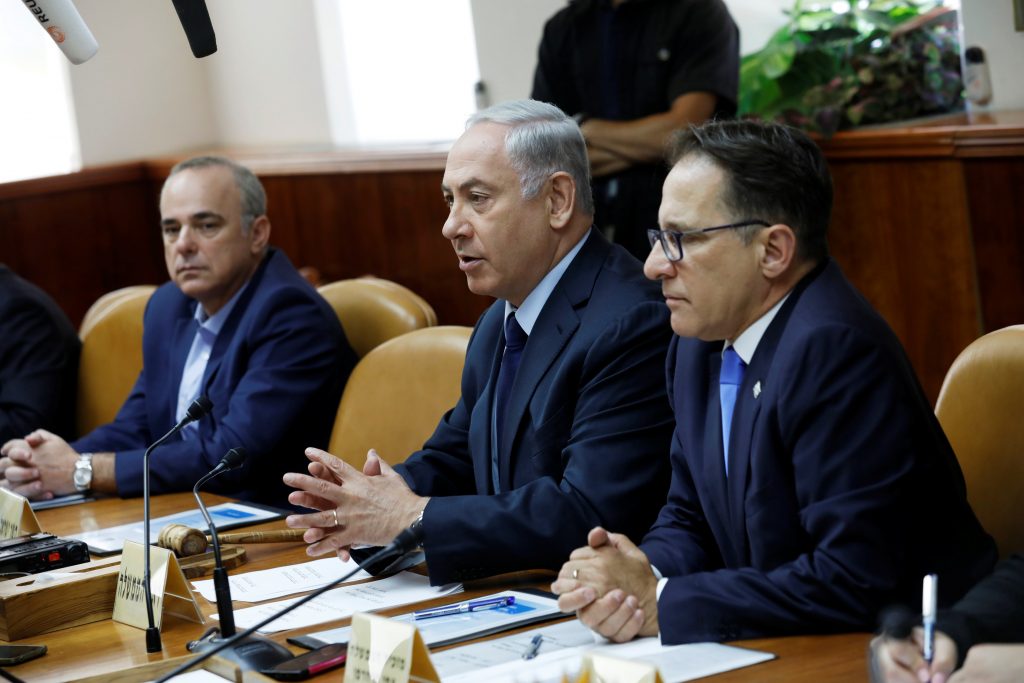 Netanyahu told the weekly Cabinet meeting that the controversial decision, denounced by politicians on the right as a dangerous capitulation to Palestinian violence and unpopular according to polls, was difficult but necessary.

“I understand the feelings, and I know that the decision we made is not an easy one, but as Prime Minister of Israel, as one who bears responsibility for Israel’s security, I have to make the decisions with composure and consider all the factors. I do this from a perspective over the entire map — a broad view of the challenges and threats facing us, some of which are not known to the public, and naturally I cannot elaborate about them.”

He added that he has “ordered an increase in the security forces at Har HaBayis and in the Old City, in order to prevent terror attacks and rioting and also to act firmly against lawbreakers.” The prime minister thanked police, soldiers and the Shin Bet for their work under extremely difficult conditions.

Meanwhile, a senior Palestinian official was quoted by The Times of Israel saying that security coordination between Israel and the Palestinian Authority will gradually return to normal, provided that Muslim access to Har HaBayis remains unrestricted.

In fact, disruption to security cooperation may have been overestimated. A Fatah spokesman confirmed a report that the PA continued arresting Hamas members even after Mahmoud Abbas announced suspension of working with Israel.

The PA’s head of preventative security in Yehudah and Shomron, Ziyad Hab al-Rih, told the Times that Hamas operatives were planning attacks that they hoped would escalate tensions between Israel and Palestinians.