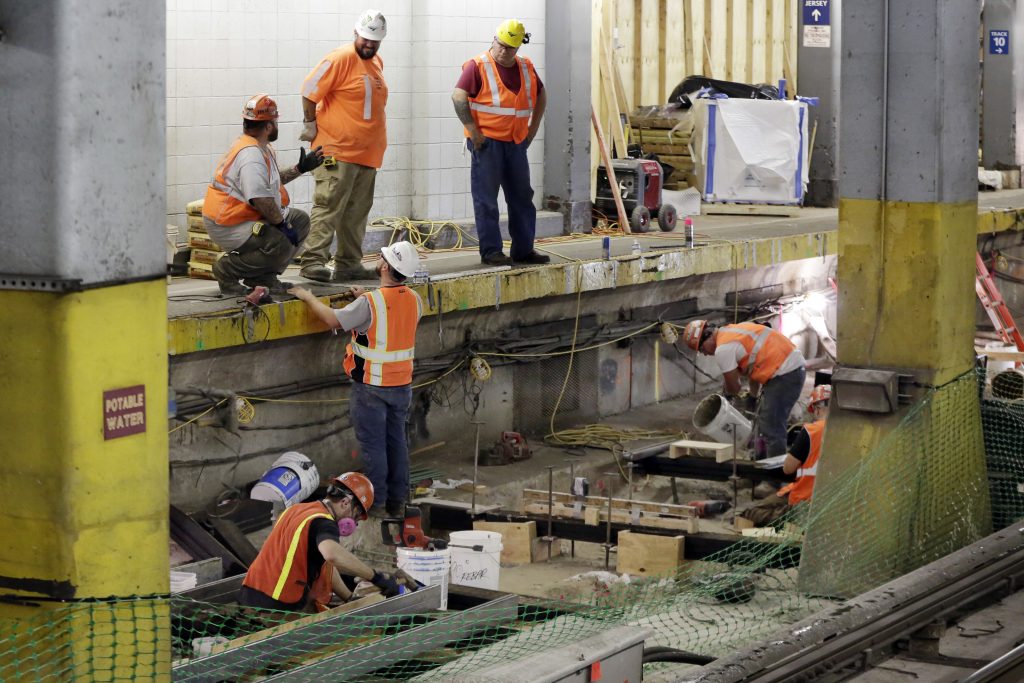 It’s a question that has weighed on the minds of countless commuters, usually as they sit in a stalled train in one of the tunnels heading into Penn Station, the nation’s busiest train station: Why does help seem to take so long to arrive?

It’s an issue that will persist long after Amtrak completes this summer’s extensive repairs (and corresponding schedule cutbacks) at Penn Station.

A linchpin in the northeastern U.S.’ rail system, the station is undergoing accelerated repair work this month and next to replace several thousand feet of track, switches and other aging infrastructure. The speedup was prompted by two derailments in the station this spring that wreaked havoc on rail service between Boston and Washington, D.C.

While the summer repairs are expected to greatly reduce the chances for more derailments, they won’t address another of the station’s fundamental problems: breakdowns in the cramped, 111-year-old tunnel under the Hudson River from New Jersey, and in the East River tunnel carrying trains to and from Long Island.

At peak times, when 24 trains per hour move in and out of Penn Station, a disabled train in one of the Hudson River tunnel’s two tubes can lead to misery for hundreds of thousands of commuters. But significant delays can occur even if a train breaks down in the tunnel during off-peak times.

“A very good rescue, and this is on an open track and at that time of day, is 45 minutes to an hour,” Steven Young, Amtrak’s deputy general manager of its New York division, said last week as he stood overlooking the station’s control center, located in a nondescript building about a block away from the station.

Often, these are caused by malfunctions of overhead electrical wires — part of a system that dates to the 1930s in some places — in excessively cold or hot weather. Trains also break down on their own, as a New Jersey Transit train carrying 1,200 passengers did on the evening of April 14.

That incident led to delays of up to three hours and produced a stampede at the station when delayed commuters panicked after police used a stun gun to subdue an unruly person.

Eleven days later, a disabled Amtrak train in the Hudson River tunnel and, the same day, electrical problems in the East River tunnel caused widespread delays and forced some trains to be cancelled.

Young described a protocol for rescuing trains from the tunnel that starts with a 15-minute period for the train’s conductor and engineer to troubleshoot the problem to see if it can be corrected. If it can’t, orders are relayed to a crew on a rescue locomotive standing by in the station. Two locomotives, one that can run on diesel power and the other on electric power, are available.

Fire department and EMS personnel also are called to the scene as a precaution.

“If it’s hot and you lose power, you lose air conditioning; if it’s cold, you lose heat; if you lose lights, it’s dark,” Young said. “It gets people unnerved. We’ve found that whether you need them or not, people are more comfortable when they come off the train and onto the platform and the fire and EMS are standing there. They don’t mind it, so we do it.”

The disabled train’s exact location can be pinpointed on the control center’s big board, a maze of multicolored lines and symbols denoting tracks, trains, restricted work areas and other features. For safety reasons, the rescue locomotive can’t go any faster than 15 mph.

As it draws close, a rule Young called “a little archaic” requires the disabled train’s conductor to step onto the track, walk forward and flag down the rescue locomotive and jump on board.

The process can get bogged down by other issues. The April 14 incident was complicated by reports that electrical wires were down in the tunnel, Amtrak CEO Wick Moorman told a New Jersey legislative hearing this spring.