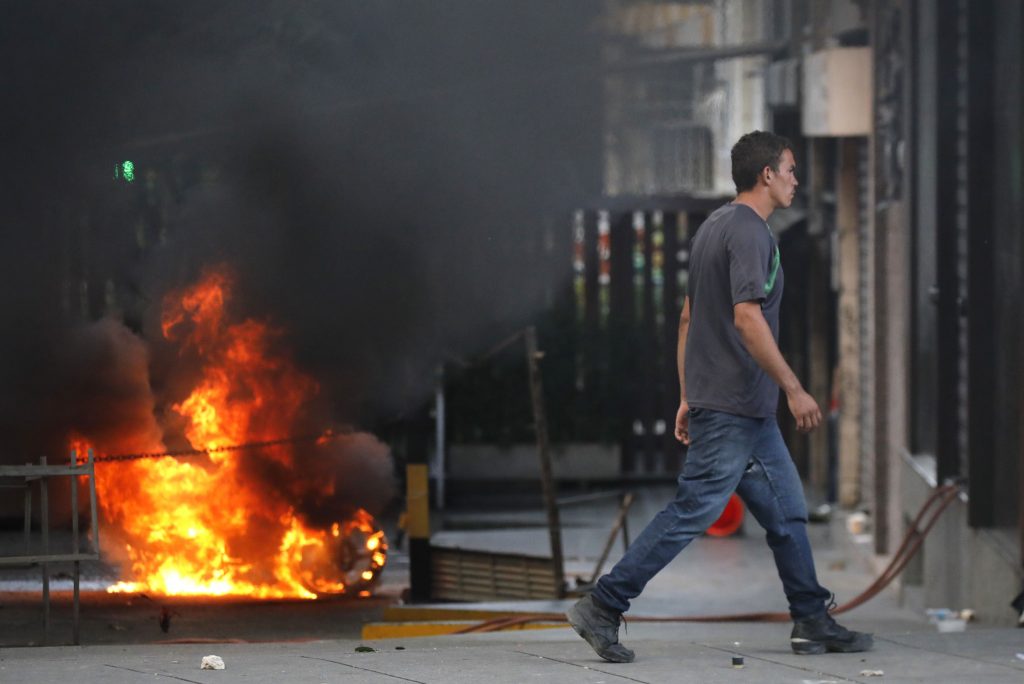 Deadly protests rocked Venezuela on Sunday as voters broadly boycotted an election for a constitutional super-body that unpopular leftist President Nicolas Maduro vowed would begin a “new era of combat” in the crisis-stricken nation.

Opposition parties are sitting out what they call a rigged election aimed at consolidating Maduro’s power, leaving streets deserted and polling stations largely empty and dealing a blow to the legitimacy of the vote.

Anti-Maduro activists wearing hoods or masks erected barricades on roads and scuffles broke out with security forces who moved in quickly to disperse the demonstrators. Authorities said seven people were killed in the unrest and the opposition said the true death toll was around a dozen people, which would make Sunday one of the deadliest days since massive and sustained protests kicked off in early April.

Maduro, widely reviled for overseeing an economic collapse during four years in office, has pressed ahead with the vote to create the all-powerful assembly despite the threat of U.S. sanctions and months of opposition protests in which around 120 people have been killed.

Critics say the assembly will allow Maduro to dissolve the opposition-run Congress, delay future elections and rewrite electoral rules to prevent the socialists from being voted out of power in the once-thriving OPEC nation.

In what could be the spread of more aggressive tactics, a bomb exploded in Caracas and injured seven police officers.

The opposition has vowed to redouble its resistance and U.S. President Donald Trump has promised broader economic sanctions against Venezuela after the vote, suggesting the oil-rich nation’s crisis is set to escalate further.