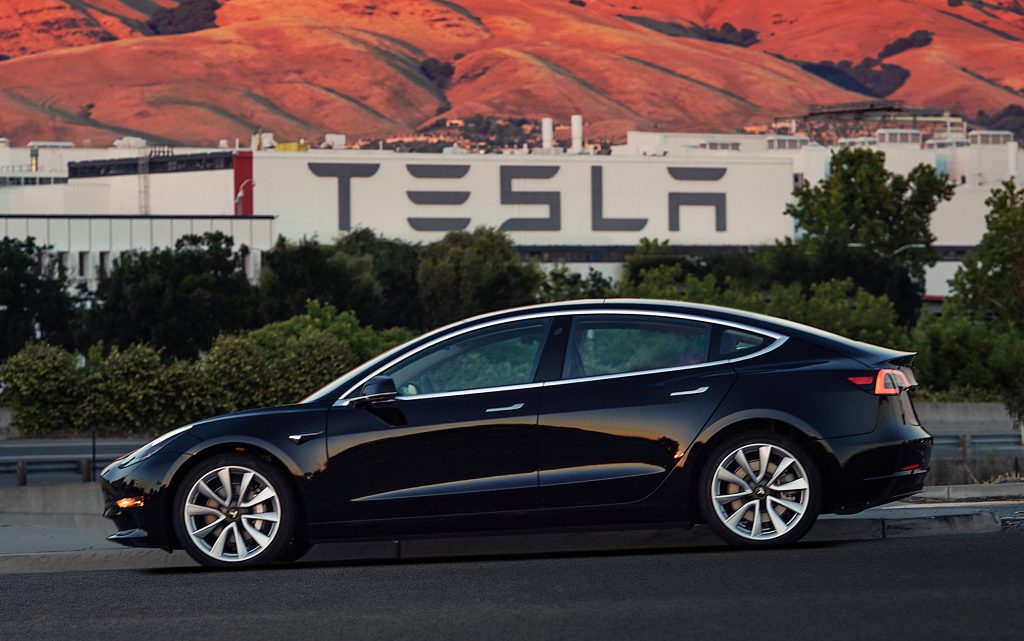 Tesla Inc. has finally made its long-promised affordable electric car. But it could take years to get it to all the people who want to buy it.

Tesla delivered the Model 3 small car to its first 30 customers — all employees — at a company party Friday night. CEO Elon Musk said Tesla will build the cars as fast as it can, but acknowledged that supply issues and other complexities will make it tough to reach his goal of making 500,000 cars next year. Fourteen-year-old Tesla has never made more than 100,000 cars in a year.

“We’re going to go through at least six months of manufacturing hell,” Musk told reporters Friday at Tesla’s Fremont factory. “It’s going to be quite a challenge to build this car.”

With its $35,000 starting price — half the cost of Tesla’s previous models — and range of up to 310 miles (498 km), the Model 3 could bring hundreds of thousands of customers into the automaker’s fold, taking it from a niche luxury brand to the mainstream.

Musk said around 500,000 people worldwide have already put down a $1,000 deposit to reserve a Model 3. People ordering a car now likely won’t get it until late 2018. Cars will go first to employees and customers on the West Coast; overseas deliveries start late next year, and right-hand drive versions come in 2019.

The Model 3 has long been part of Palo Alto, California-based Tesla’s plans. In 2006, Musk said Tesla would eventually build “affordably priced family cars” after establishing itself with high-end vehicles like the Model S, which starts at $69,500. This is the first time many Tesla workers will be able to afford a Tesla.

“It was never our goal to make expensive cars. We wanted to make a car everyone could buy,” Musk said. “If you’re trying to make a difference in the world, you also need to make cars people can afford.”

For the base price, customers will get a Model 3 with 220 miles (322 km) of range. But the price can rapidly increase from there. Black is the only standard color, for example; any other color is $1,000 extra. A fully loaded Model 3 with 310 miles of range and Tesla’s full semi-autonomous Autopilot system costs a hefty $59,500.

That could be a stretch for some buyers, especially since there are limits on the $7,500 U.S. tax credit for electric cars. Once an automaker sells 200,000 electric cars in the U.S., the credit phases out. Tesla has already sold more than 126,000 vehicles since 2008, according to estimates by WardsAuto, so not everyone who buys a Model 3 will be eligible.

Potential customers also could lose faith if Tesla doesn’t meet its aggressive production schedule, or if the cars have quality problems that strain Tesla’s small service network. The compact Model 3 may not entice a global market that’s increasingly shifting to SUVs, including all-electric SUVs from Audi and others going on sale soon.

“There are more reasons to think that it won’t be successful than it will,” says Karl Brauer, the executive publisher for Cox Automotive, which owns Autotrader and other car buying sites.

But Musk says Tesla worked hard to make the Model 3 simpler and cheaper to make than Tesla’s previous vehicles. It has one dashboard screen, not two. It doesn’t have the fancy door handles that caused problems on the Model S, or the gull-wing doors of the Model X SUV. It’s made primarily of steel, not aluminum. It has no instrument panel; the speed limit and other information normally there can be found on the center screen. It doesn’t even have a key fob; drivers can open and lock the car with a smartphone or a key card.