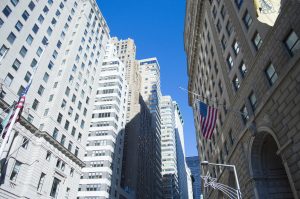 Stock markets fell worldwide on Friday as results from some big U.S. companies disappointed and tobacco shares dropped, while oil prices had their biggest weekly percentage rise this year.

Altria Group fell 9.5 percent and was the biggest drag on the S&P 500, while U.S.-listed shares of British American Tobacco dropped 7 percent, after the Food and Drug Administration said it aims to reduce nicotine levels in cigarettes while exploring measures to shift smokers towards e-cigarettes.

“It’s going to take some time to play out, but those names all moved” on the news, said Michael O’Rourke, chief market strategist at JonesTrading in Greenwich, Connecticut.

Amazon’s stock fell after the world’s largest online retailer reported late Thursday a jump in retail sales along with a profit slump. Results from Exxon Mobil and Starbucks also disappointed.

Despite Friday’s share reactions, second-quarter results have come in mostly better than expected, and stocks are trading near record highs.

For the week, U.S. crude rose nearly 9 percent, its biggest weekly gain this year. The gains in Brent pushed the difference between the two benchmarks to the widest in two months.

“The bullish inventory report this week has helped confirm the declining trajectory of global inventories,” said Sarp Ozkan, analyst at Drillinginfo.com. That, along with Saudi Arabia reducing exports, has “buoyed the expectations of continued inventory normalization.”

The U.S. dollar was broadly lower as a combination of uninspiring U.S. economic data and political uncertainty kept traders biased toward the euro and other world currencies.

U.S. gross domestic product growth picked up to 2.6 percent in the second quarter, matching expectations of economists polled by Reuters.

In Washington, Senate Republicans failed early on Friday to overturn the health-care law known as Obamacare, in a stinging blow to President Donald Trump.

The euro moved higher against the dollar, and was last up 0.7 percent at $1.1751. The Swiss franc fell for a fourth straight day and was set for its largest monthly drop in six years against the euro.