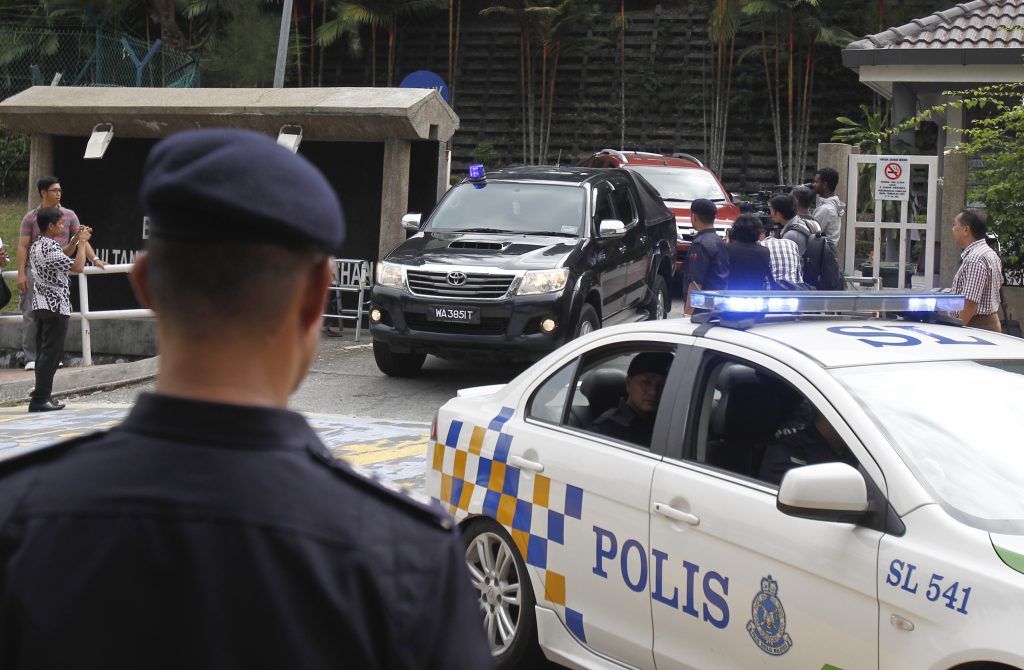 A lawyer for one of the two women accused of poisoning the half-brother of North Korea’s leader said Friday he has doubts about the chemists’ report that showed the banned VX nerve agent was used, as he examined evidence in preparation for a trial set for October.

The women, who face a possible death penalty if convicted, say they were duped into thinking they were playing a harmless prank for a hidden-camera show.

Prosecutor Muhamad Iskandar Ahmad said he plans to call up to 40 witnesses, including 10 experts and a few foreigners.

The women were handcuffed as they were led to the dock.

The two women are the only suspects in custody in a killing that South Korea’s spy agency said was part of a five-year plot by North Korean leader Kim Jong Un to kill a brother he reportedly never met. Malaysian police have said four North Korean suspects fled the country the same day Kim Jong Nam was killed.

Gooi Soon Seng, Aisyah’s lawyer, told reporters that “traces of precursors of VX and degrading products of VX” were found on Kim’s face and the women’s clothing based on government documents. He said the defense has to engage expert opinion to establish if this meant that the poison used was VX or some other chemical.

“We have doubts over the accuracy of the report. We are seeking evidence that VX is used. The burden of proof is on the prosecution,” Gooi said.

Whether VX or not, Gooi said their core defense was that Aisyah didn’t know she had poison in her hand at the time.

Earlier, prosecutors provided airport camera footage to the defense. Gooi said it included a video of a prank played by Aisyah on someone else at the airport. He didn’t give further details.

North Korea has a history of ordering killings of people it views as threats to its regime. While Kim Jong Nam was not thought to be seeking influence, his status as eldest son in the current generation of North Korea’s founding family could have made him appear to be a danger to his half-brother’s rule.

Pyongyang has denied any role in the killing and has not even acknowledged that the dead man was Kim Jong Nam.