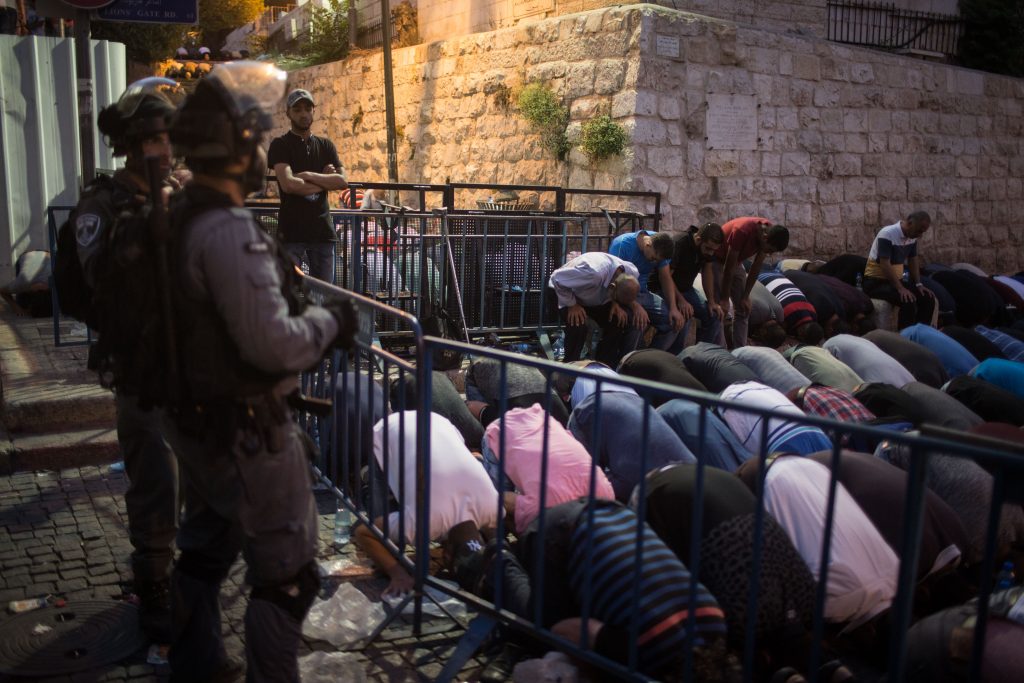 Trump administration officials praised Prime Minister Binyamin Netanyahu for his handling of the crisis at Har HaBayis on Thursday, according to The Jerusalem Post.

A senior White House official was quoted as saying that Netanyahu’s decision to remove the security measures which have been the focal point of Palestinian violence in recent days was in the interest of both Israel and the region as a whole.

“In our continuous contacts with him throughout the crisis, Prime Minister Netanyahu acted with a clear sense of responsibility not just for Israel’s security, but also for regional stability,” the official said.

“The United States welcomes the efforts undertaken to de-escalate tensions in Jerusalem today. We believe that calm and security will create the best opportunity to return to dialogue and the pursuit of peace,” Greenblatt said in a statement on Thursday.

“President Trump, Jared Kushner, and I, in full coordination with Secretary Rex Tillerson, Ambassador David Friedman, Consul General Don Blome and the State Department, as well as General H. R. McMaster and the National Security Council, have been and will remain engaged as we continue to monitor the situation closely.”

The statements came following strong criticism from Jewish Home party chairman and Education Minister Naftali Bennett, who said that Netanyahu’s decision amounts to a “surrender” by Israel to Palestinian rioters.

“Israel comes out weakened from this crisis,” Bennett said. The equipment was removed after intensive discussions among the Israelis, Jordanians, Americans and Saudis.