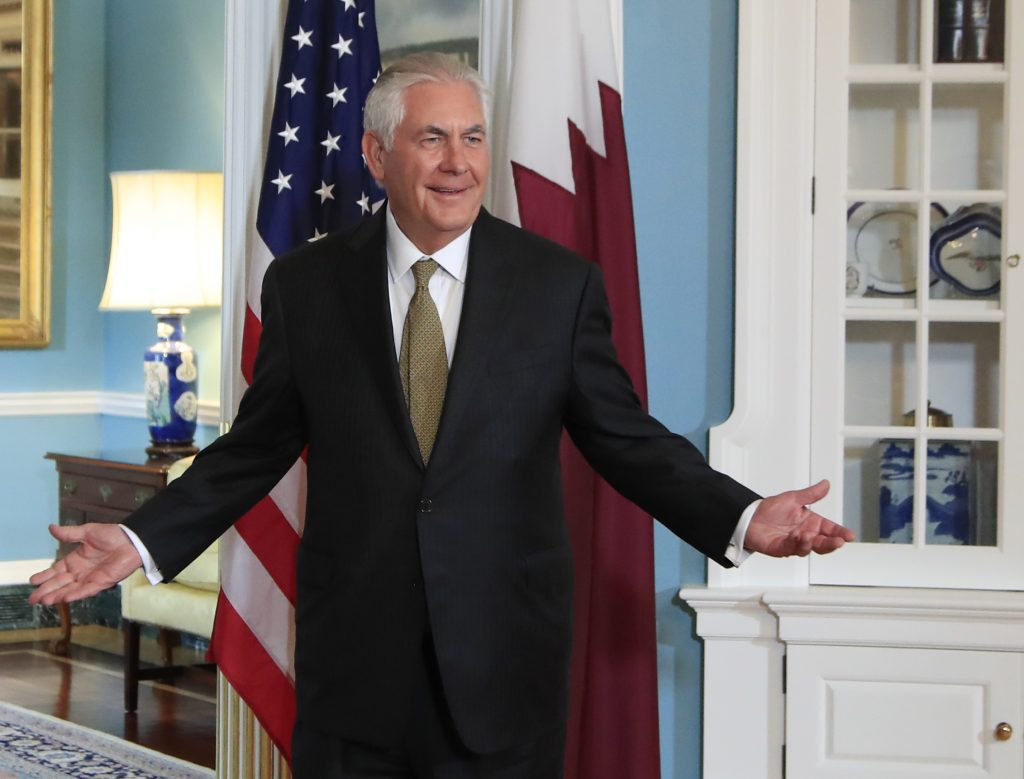 Secretary of State Rex Tillerson is knocking down a flurry of speculation that he is unhappy in his job and may soon quit.

Asked about the resignation rumors on Wednesday, Tillerson told reporters at the State Department that “I’m not going anywhere.”

He said he would remain as the nation’s top diplomat “as long as the president lets me.” Asked about his relationship with President Donald Trump, Tillerson replied, “It’s good.”

Washington has been buzzing with rumors since the beginning of the week that Tillerson will soon leave his post due to frustration with Trump and others in the White House. The State Department had previously denied them, but Wednesday marked the first time that Tillerson has addressed them directly.