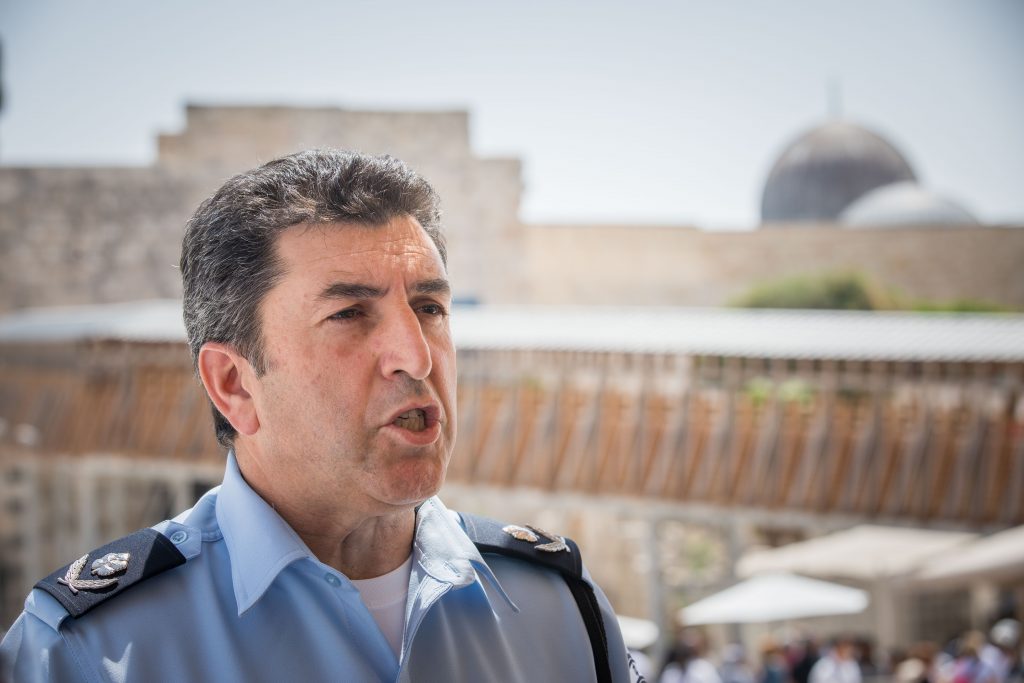 In response to the wild “victory” celebrations by Palestinians following the removal of recent security measures at Har HaBayis on Thursday, Yerushalayim police chief Yoram Halevi warned of a tough response to any further violence.

“No one should try to test us tomorrow,” he told reporters. But “if there are people who try tomorrow to disturb the peace, to harm police or citizens, they should not be surprised: There will be casualties and people injured,” he said, a warning reiterated twice more during his remarks.

Halevi said that while Friday prayers may see additional “victory celebrations,” Palestinians should bear in mind that police are still responsible for maintaining order at the site.

“Those who tried to claim differently should know there is Israeli sovereignty on the Mount,” he said. “This is a place that we will protect under all circumstances, at any stage, in any situation.”

Halevi added that despite removal of metal detectors and cameras, police would not hesitate to stop and check suspicious individuals seeking to enter.

“We will check anyone suspicious, anyone who we think could disturb the peace, anyone who could be an attacker. They will be stopped at the gate; they will be checked as we have done in the past,” Halevi said.

Fatah and Hamas had called for mass confrontation with security forces on Friday at Har HaBayis, and the expectation is that it will not take place, now that Muslim authorities have lifted the ban on entering the compound.