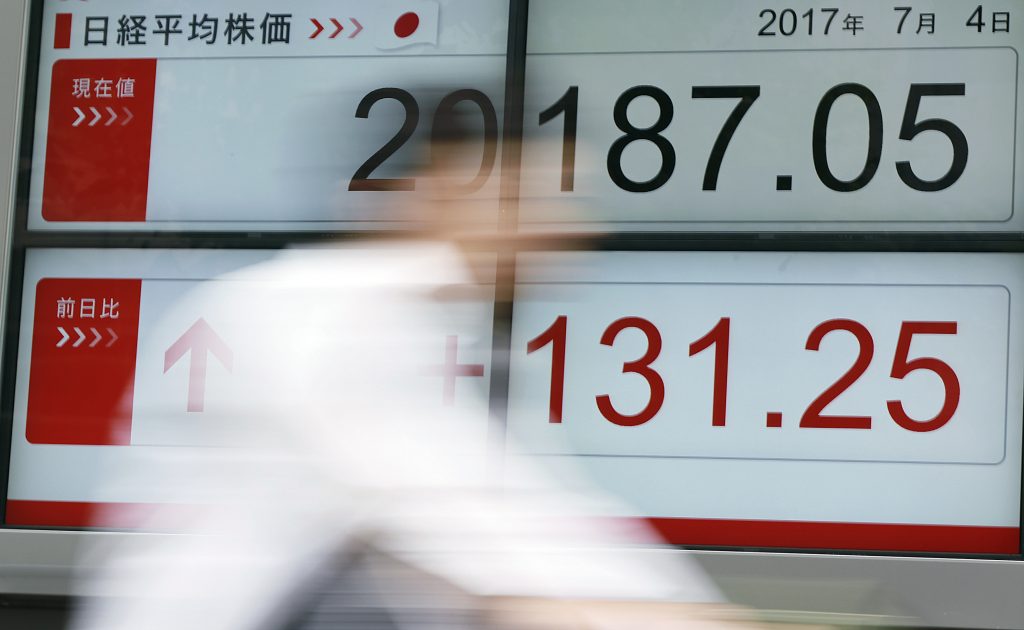 Stocks, bonds and commodities were all on a roll on Thursday as bulls scented a softening in the Federal Reserve’s confidence on inflation that promised to keep U.S. interest rates low for longer.

MSCI’s broadest index of Asia-Pacific shares outside Japan climbed 1 percent to heights not seen since December 2007. It has gained over 5 percent so far this month.

E-Mini futures for the S&P 500 were up 0.2 percent, while Eurostoxx 50 futures started steady.

Japan’s Nikkei rose 0.15 percent, while stocks in the Philippines touched a one-year peak.

The latest rush for risk came after the Fed left U.S. rates unmoved as expected but tweaked its wording on inflation.

The market seized on the fact that the central bank noted that both overall and core inflation had declined and removed the qualifier “recently,” perhaps suggesting concerns the slowdown might not be temporary.

The Fed also said it expected to start winding down its massive holdings of bonds “relatively soon,” cementing expectations of a September start.

While that would be an effective tightening in financial conditions, it might also lessen the need for actual hikes in rates, which matter more for currency valuations.

“The dollar’s biggest problem is it can’t expect help from the Fed for a long time,” said Alan Ruskin, global head of forex at Deutsche.

“In the short term we are still in a risk-favorable loop, whereby subdued goods and services inflation supports a well-behaved bond market and asset inflation. It’s just another day in paradise.”

A Reuters poll showed most primary dealers still see the Fed’s next rate rise in December. But rate futures are pricing in less than a 50 percent chance of a hike by then, compared to a little more than 50 percent before the Fed’s meeting.

Bonds rallied in reaction with yields on 10-year U.S. Treasuries down at 2.28 percent, having fallen 5 basis points overnight. The dollar followed, gouging out a 13-month trough against a basket of currencies at 93.152.

The euro, which had been bumping up against a 23-month top for most of the week, finally broke through to reach as far as $1.1777, its highest since early 2015.

The dollar was fast approaching the 200-week barrier on its Canadian counterpart, and had breached that technically important level on the Australian dollar. The Aussie duly climbed 0.6 percent to reach $0.8050.

The dollar even fell back against the yen to 111.03, though the damage was somewhat limited by expectations the Bank of Japan would keep its super-easy policies in place longer than most other global central banks.

The declining greenback boosted commodities priced in dollars. Spot gold hit a six-week high and was last trading at $1,263.50, while copper reached territory not trod since May 2015.