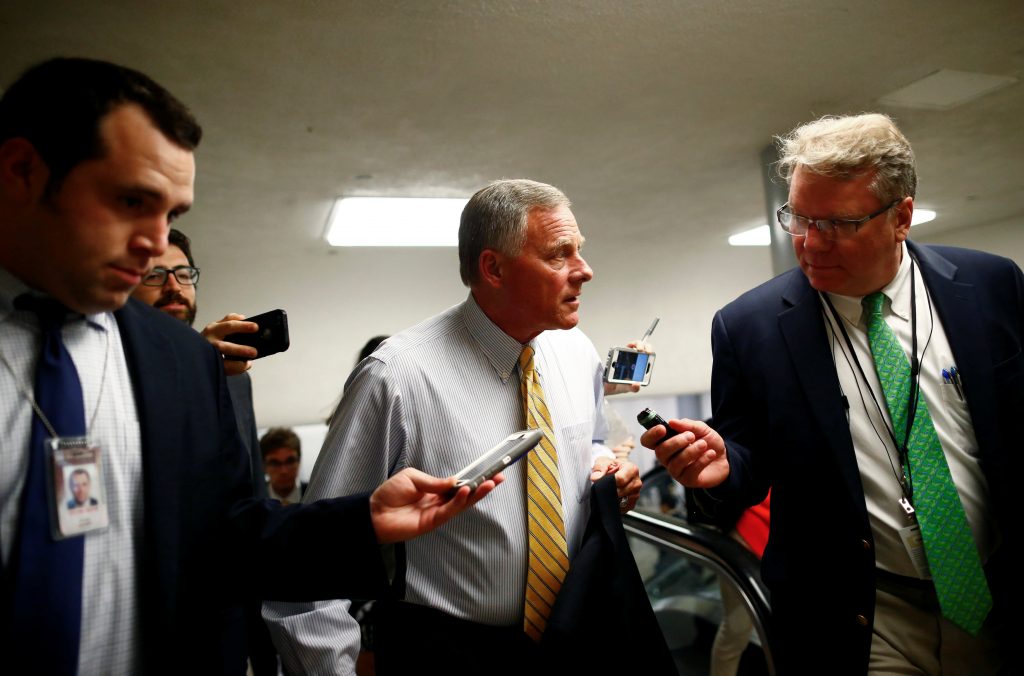 Republicans in the U.S. Senate fell short again on Wednesday in their effort to end Obamacare, rejecting a measure to repeal large portions of President Barack Obama’s signature law that has provided health insurance to millions of Americans.

But Republican Senate leaders, struggling to keep a seven-year-old promise to unravel the law, already were trying to gain support for a slimmed-down “skinny” bill that would throw the issue to a Senate-House of Representatives negotiating committee.

Republican senators said they were still determining what would be in the skinny repeal, which could simply eliminate mandates requiring individuals and employers to obtain or provide health insurance, and abolish a tax on medical device manufacturers.

Senator John Thune, the No. 3 Senate Republican, said the party was trying to “figure out what the traffic will bear, in terms of getting 50 of our members to vote for things that will repeal as much of Obamacare as possible.”

Republicans hold a 52-48 majority in the Senate.

Any Senate legislation would be enough to kick the issue to a special negotiating committee with the House, which passed its own version in May. If that panel can agree on a new bill, the full House and Senate would again have to approve the legislation – a process that could last for months.

“I think people would look at it not necessarily based on its content, but as a forcing mechanism to cause the two sides of the building to try to solve it together,” Republican Senator Bob Corker said. “That’s going to be the last chance.”

The discussions came as the Senate rejected 45-55 a straight repeal of Obamacare with a two-year delay in implementation to allow Congress to work out a replacement. Seven Republicans opposed the measure.

It was the Senate’s second failure in 24 hours to repeal the 2010 law popularly known as Obamacare, which expanded health insurance to about 20 million people, many of them low-income.

The Senate on Tuesday rejected the repeal-and-replace plan Republicans had been working on since May, with nine of the 52 Republicans voting against it.

That failed vote, and a narrow 51-50 decision to open debate on the issue, with Vice President Mike Pence casting the tie-breaking vote, underscored the party’s deep divisions on the role of government in helping provide access to health-care.

The Senate plans more votes on other approaches in coming days in a freewheeling debate that could stretch through the week. It is also a test of how Republicans govern, now that they control both Congress and the White House.

President Donald Trump, who has been in office for six months, has come down hard on his fellow Republicans for failing to act on Obamacare, something that he had promised repeatedly in his election campaign last year. Some Senate Republicans were growing uncomfortable with the chaotic debate.

“We’ve got to have a more organized process,” Republican Senator Ron Johnson said, noting the skinny repeal would simply kick the issue down the road. “We just don’t have the courage and really the intestinal fortitude to suck it up and … do this right.”