Politics As the House Rushes Toward Summer Recess, the Fate of 30,000 Federal Workers Is Undecided
Politics 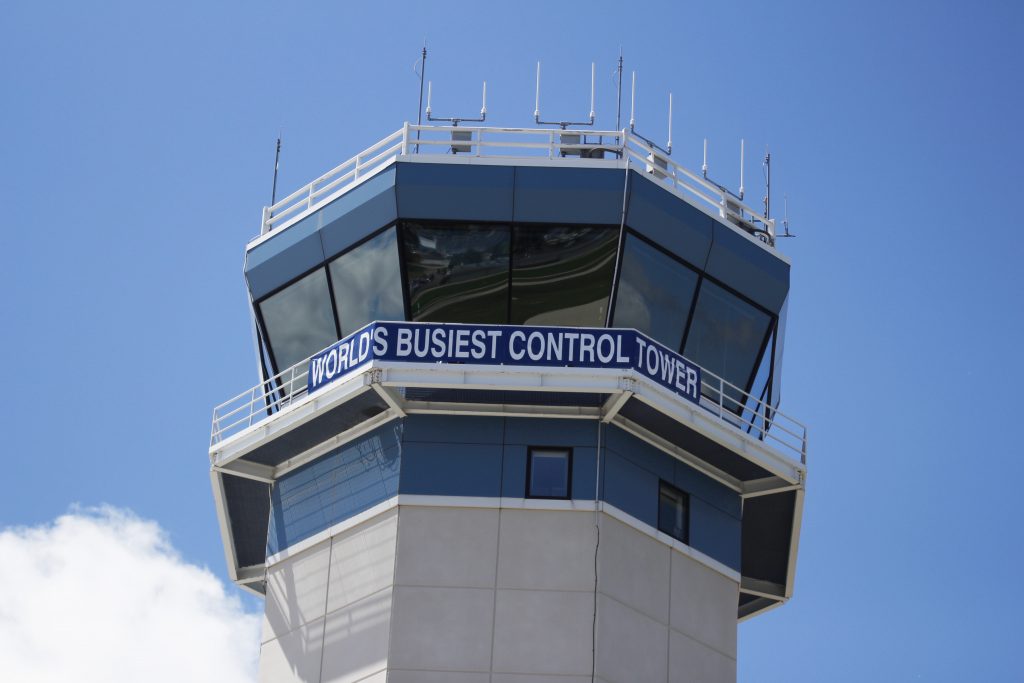 Almost two months after President Donald Trump with great fanfare endorsed removing them from the payroll, the fate of more than 30,000 federal employees will not be decided before the House adjourns for its summer recess.

House Transportation Committee Chairman Bill Shuster, R-Pa., had hoped to find both the necessary votes and time on the House floor for consideration of a bill that would spin the nation’s air traffic controllers and thousands of people working on modernizing the aviation system into a private nonprofit corporation.

But in the maelstrom of last-minute action before the House heads home Friday, the bill has not been scheduled for what was expected to be a contentious debate on the floor. The proposal still faces bipartisan opposition in the Senate.

With precious few days in session in the coming weeks, Congress faces a Sept. 30 deadline for reauthorization of funding for the Federal Aviation Administration. The House bill approved by Shuster’s committee includes the decoupling of the controllers and modernization workers from the FAA. A Senate bill has no such provision.

If the two houses remain at loggerheads, the likely result will be the second extension of FAA funding at current levels in as many years. The Sept. 30 deadline was the result of a 2016 extension after they disagreed over the same issue.

Indecision on the bill is another setback for a White House already enmeshed in a health-care debate and consumed with investigations of communication between the Trump campaign and Russian operatives. Debate over those issues has shoved the question of splitting the FAA deep into the shadows.

When Pres. Trump endorsed severing the FAA workers June 5, he summoned an audience to the White House and was flanked by the current and three former secretaries of transportation.

Trump said the FAA had wasted $7 billion on modernization efforts and should not be trusted with continuing the program, adding the aviation agency “didn’t know what … they were doing.”

The concept of limiting the FAA to regulatory functions, like most other federal agencies, while privatizing the air traffic controllers, has been kicking around Washington for decades. With Shuster at the helm of the House committee, and Trump’s endorsement, it seemed to have gathered momentum this year.

“I, along with the entire leadership team in the House, am committed to moving this bill through the House and into a conference committee with the Senate,” Shuster said Tuesday. “Every day, our bill gathers new support, both from Republicans and Democrats, on and off [Capitol] Hill. The more time we have to explain this bill, the more support there is.”

Shuster can point to a long list of organizations that support the move – including one of the two big unions whose members would be affected – but there has been blowback from those who fly small planes and corporate jets, and from smaller airports who fear being lost in the shuffle if airlines come to dominate the corporation.

There also is bipartisan opposition in Congress from some who harbor similar worries or who simply don’t think anything so precious as the national airspace ought to be governed without Congress having a big say in its operation. That concern is particularly pronounced in the Senate, which moved a bill out of committee that ignored the desires of Trump and Shuster.

“The near daily parade of consumers’ airline horror stories should illustrate to Congress just how little passengers’ interests matter to a hyper-consolidated airline industry,” Sally Greenberg, executive director of the National Consumers League, said in a conference call with reporters on July 12.

Therein lies the crux of the debate. While some say the FAA is making progress on an estimated $36 billion modernization program and critics say any progress is too little, too late, the big battle is over how much influence the airlines would have on the board of a new nonprofit corporation.

Trump and Shuster have proposed a 13-member board with two members appointed by the secretary of transportation and two members selected by the other board members. The rest of the panel would include one member each from the major airlines, the regional airlines, the cargo airlines, small-plane owners, corporate plane operators, the air traffic controllers, the airports, commercial pilots and the corporation’s chief executive. That chief executive would be selected by the board.

Critics worry that the board could become heavily populated by those sympathetic to the airlines, at the expense of small-plane operators and smaller airports that get minimal or no service by commercial airlines.

“Consumers and passengers have expressed grave concern over giving the big airlines unchecked power,” said Selena Shilad, executive director of the Alliance for Aviation Across America, which represents the general aviation community. “We need to keep Congress in charge of our air traffic control system.”