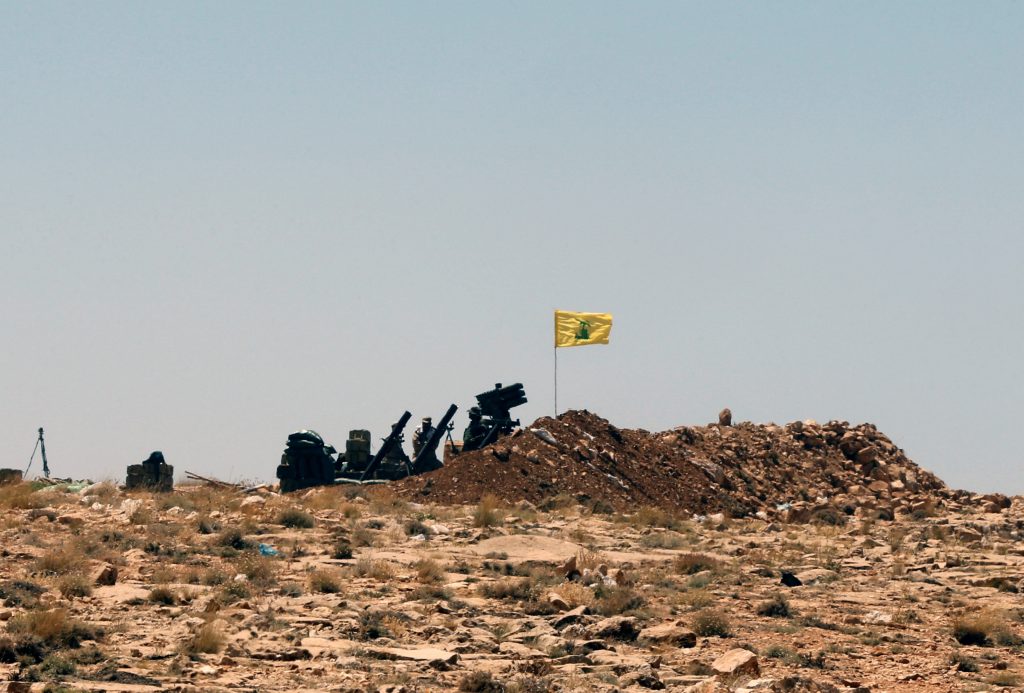 The leader of Lebanon’s Hezbollah said on Wednesday that the group was close to defeating Nusra Front militants in the battle along the Syrian-Lebanese border.

“We are in the face of a very big military victory,” Sayyed Hassan Nasrallah said in a broadcast speech. The militants have “effectively lost” most of the land they held in the barren, mountainous border region of Jroud Arsal, he added.

As soon as the fighting ends, the Shi’ite Iranian-backed Hezbollah would be ready to hand over territory it has captured if the Lebanese army requests it, he said.

Hezbollah has made rapid advances since it launched an offensive with the Syrian army on Friday to drive Sunni militants from their last foothold along the frontier.

In the outskirts of the Lebanese town of Arsal, the operation has focused on the ex-Nusra Front, al-Qaida’s former Syria branch. The next phase is expected to target a nearby enclave in the hands of Islamic State terrorists.

The Lebanese army, a big recipient of U.S. and British military support, has not taken part in the offensive and has set up defensive positions around Arsal, which Nasrallah described as essential.

Negotiations began on Tuesday between Lebanese officials and the Nusra Front about the withdrawal of remaining militants to insurgent-held territory in Syria, he also said. The Nusra Front was al-Qaida’s Syria affiliate until last year when it formally severed ties and rebranded.

“There is seriousness, better than at any previous time,” Nasrallah said. But he added that militant demands remained unreasonable and that the Lebanese state, the Syrian government, and Hezbollah must each agree to the terms.

Hezbollah has played a major role in fighting militants in the border region during the six-year Syrian war, along with its critical military support provided to Syrian President Bashar al-Assad.

On the Syrian side of the border, Hezbollah fought “shoulder to shoulder” with the Syrian army around the town of Fleita in recent days and cleared the area of insurgents, Nasrallah said.

In the second day of the offensive, Saraya Ahl al-Sham – the FSA rebel faction that had a small presence in the area – pulled its fighters from the front lines, Nasrallah said. The rebels took charge of protecting nearby refugee camps.

“We facilitated this,” he said. “We are ready to work with the Lebanese state and the Syrian government on the withdrawal” of the rebel faction to Syria.

Since the onset of the Syrian conflict, nearly 1.5 million refugees have poured into Lebanon – around a quarter of its population – where most languish in severe poverty. Several thousand refugees live in makeshift camps east of Arsal.

The Lebanese army has been helping with the passage of refugees fleeing the recent fighting near the border, with United Nations supervision, according to a security source. The U.N. refugee agency and aid groups were preparing for an influx of people.

The International Rescue Committee said around 390 people, mostly Syrian women and children, escaped to Arsal so far, many of them visibly shaken.

Nasrallah said that the border offensive had been in the works for months and that Hezbollah had asked the Syrian army to help after deciding to launch the battle.

Hezbollah’s role in the Syrian conflict has drawn criticism from its Lebanese political opponents, including Sunni leader and Prime Minister Saad al-Hariri.

During a state visit by Hariri this week, U.S. President Donald Trump called Hezbollah a threat to Lebanon from within and a “menace” to the region.

Nasrallah said on Wednesday he would not respond to Trump’s comments in order “not to embarrass” the official Lebanese delegation to Washington.