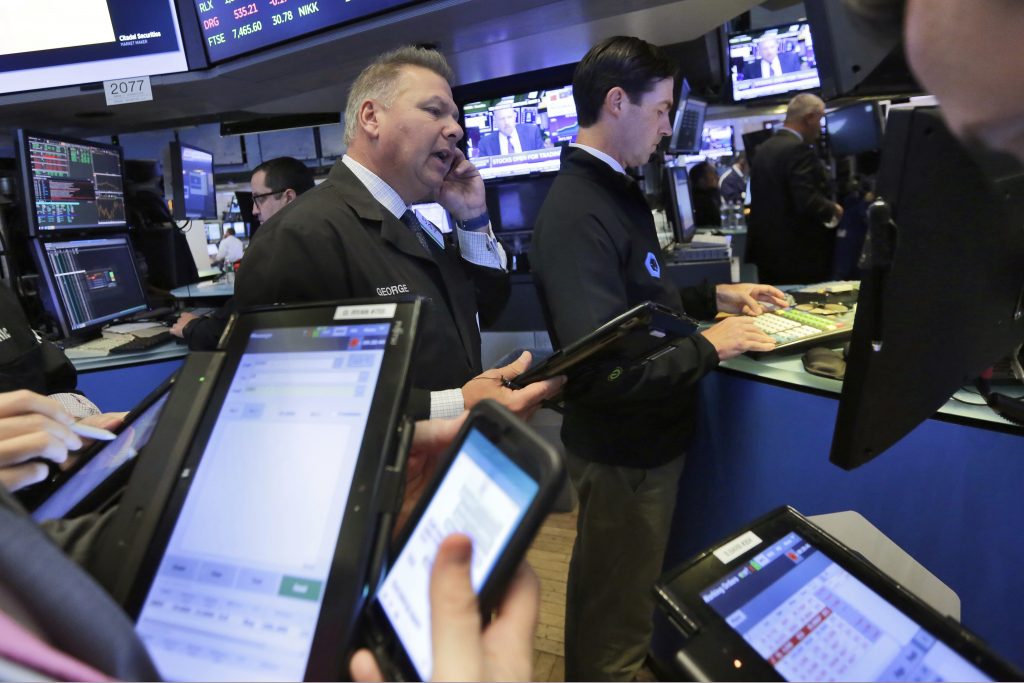 LIFTOFF: Boeing’s stock was on pace for its best day in more than seven years after it raised its forecast for earnings this year and reported better-than-expected earnings for the second quarter. It rose $16.45, or 7.7 percent, to $228.91. The aerospace and defense giant was responsible for all of the gains in the 30-stock Dow Jones industrial average.

PICKUP: AT&T is on track for its biggest gain in eight years. It jumped $1.59, or 4.4 percent, to $37.81 after reporting stronger second-quarter profit than Wall Street had forecast. The phone and video company also said it is on track to complete its purchase of Time Warner before the end of the year. That would further diversify AT&T’s business as competition in the wireless industry gets more intense.

Verizon also rose 34 cents to $44.32 as phone companies did far better than the broader market.

LOOKING AHEAD: Akamai Technologies fell to the sharpest loss in the S&P 500 despite reporting better-than-expected second-quarter results. It gave a forecast for third-quarter revenue and other measures that were lower than analysts were expecting. Akamai fell $7.44, or 14 percent, to $45.84.

FED IN FOCUS: The Federal Reserve is wrapping up a policy meeting on interest rates, and most investors expect it to hold them steady after raising rates three times since December. Perhaps more interesting will be if the central bank says anything about its plans to trim its vast store of investments. The Fed has amassed a $4.5 trillion balance sheet after hoovering up bonds following the financial crisis in hopes of keeping interest rates low and helping the economy.

Some investors worry that markets are due to shake out of their unusually calm pattern as the Fed further raises rates and trims its balance sheet.

COMMODITIES: The price of oil continued its recent ascent after the U.S. government said crude oil and gasoline stockpiles continued to shrink last week. Benchmark U.S. crude topped $48 per barrel for the first time in seven weeks. It climbed 53 cents, or 1.1 percent, to $48.42 a barrel and was on pace for its third straight gain. Brent crude, the international standard, gained 44 cents to $50.80 per barrel.