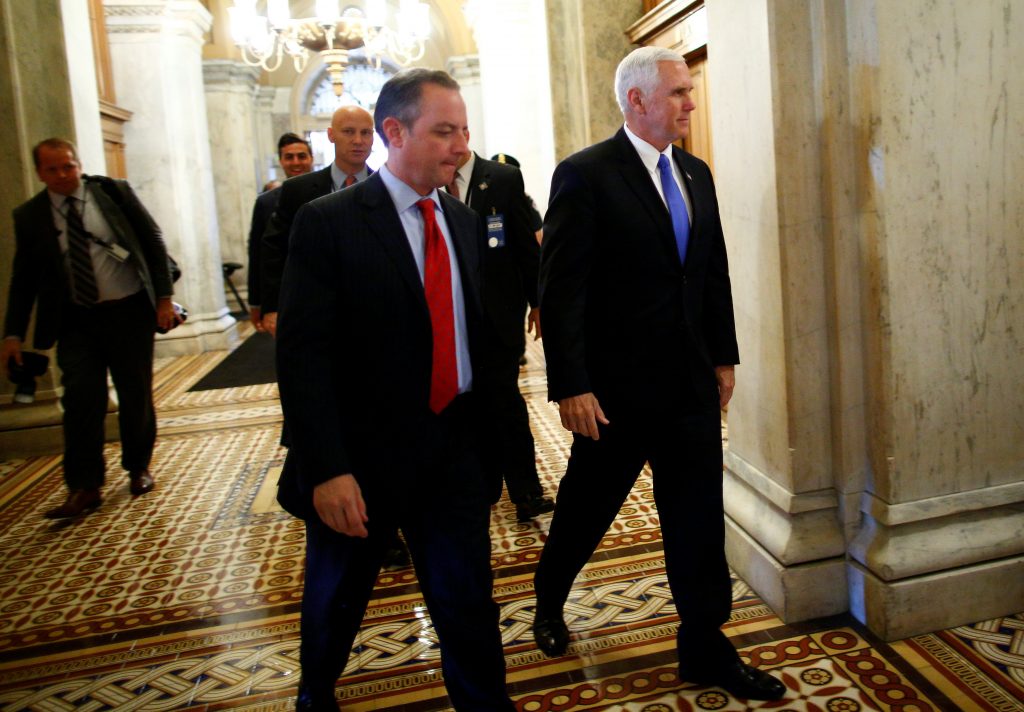 The Senate deadlocked 50-50 on whether to move forward with the healthcare debate, forcing Vice President Mike Pence to cast the tie-breaking vote and send the bill to the Senate floor.

The outcome was a huge relief for President Donald Trump, who had pushed his fellow Republicans hard in recent days to live up to the party’s campaign promises to repeal the 2010 Affordable Care Act, commonly known as Obamacare.

But the narrow victory on a simple procedural matter raised questions about whether Republicans can muster the votes necessary to pass any of the repeal approaches the Senate will consider.

Senator John McCain, who has been battling brain cancer at home in Arizona, made a dramatic return to the Capitol to cast a vote to open the healthcare debate. He received an ovation from his fellow senators when he entered the chamber.

Senators Susan Collins and Lisa Murkowski were the only Republicans to oppose the measure. Democrats were united in opposition to the motion to proceed.

A loss on Tuesday could have been a death blow for Republican efforts to repeal Obamacare, and also cast doubt on Trump’s prospects to achieve any of his other top legislative agenda items, including tax reform.

“We have a duty to act,” Senate Majority Leader Mitch McConnell told senators before the vote, reminding Republicans they had promised to repeal Obamacare in four straight elections. “We can’t let this moment slip by.”

As the vote opened, more than two dozen protesters in the Senate chamber chanted “kill the bill” before they were removed.

The Senate will now launch what McConnell has promised will be a robust debate on healthcare that could include a variety of amendments.

Senators said a variety of approaches have been discussed, including a straight repeal of Obamacare with no replacement plan, or repealing and replacing the law while also overhauling Medicaid, the federal health insurance program for the poor and disabled.

Senate Republicans also could consider a shortened version of repeal, called a “skinny repeal,” that would end Obamacare’s individual and employer mandates and the medical device tax, a Senate aide and a lobbyist said.

“Some of us want clean repeal, some of us want the Senate leadership bill, they’re both going to get a vote early on and I think that’s a fair way to do it,” Republican Senator Rand Paul said. “If either one of them fails and another one succeeds, maybe we can find something in between that actually succeeds.”