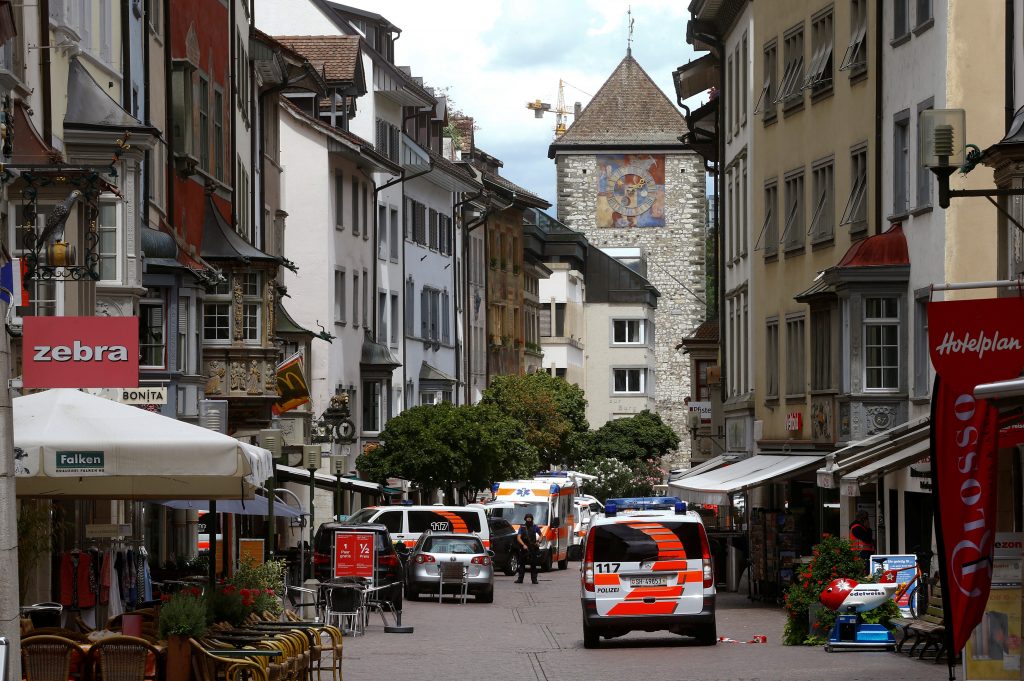 Swiss police on Tuesday arrested a 50-year-old man a day after he stormed into an insurance office wielding a chainsaw and wounded two staff members, bringing an end to a two-day manhunt that had also involved German police.

Zurich cantonal place said in a statement that they had arrested the suspect in Thalwil, a town about 60 kilometers from Schaffhausen where the incident took place.

Police had identified the suspect as Franz Wrousis, a drifter with a criminal record who mostly lived in the woods.

It was not clear what may have prompted the man to assault the two office workers, one of whom was badly hurt. CSS, whose office Wrousis stormed, said he was a client.

Two other customers in the office were treated for shock, while a fifth person was hurt during the police response, the authorities said.

Authorities issued an international arrest warrant for the suspect as the police carried out the search.

A spokeswoman for German federal police had said earlier that one of their helicopters was being used in the area as part of the manhunt.

CSS offices in Schaffhausen, a quiet medieval town of 36,000 residents, and in other parts of the region remained closed on Tuesday while the manhunt continued, a company spokeswoman said.

A man who identified himself only as Samuel and who lives in the area next to where the suspect’s car was found on Monday evening said he had often seen the suspect, whom he described as “very disconnected” and uncommunicative.

“The last time I saw him was on Sunday morning, when I was walking our dog. He was standing still, because he saw me coming or somebody else coming and he didn’t move until everybody else was gone again.”