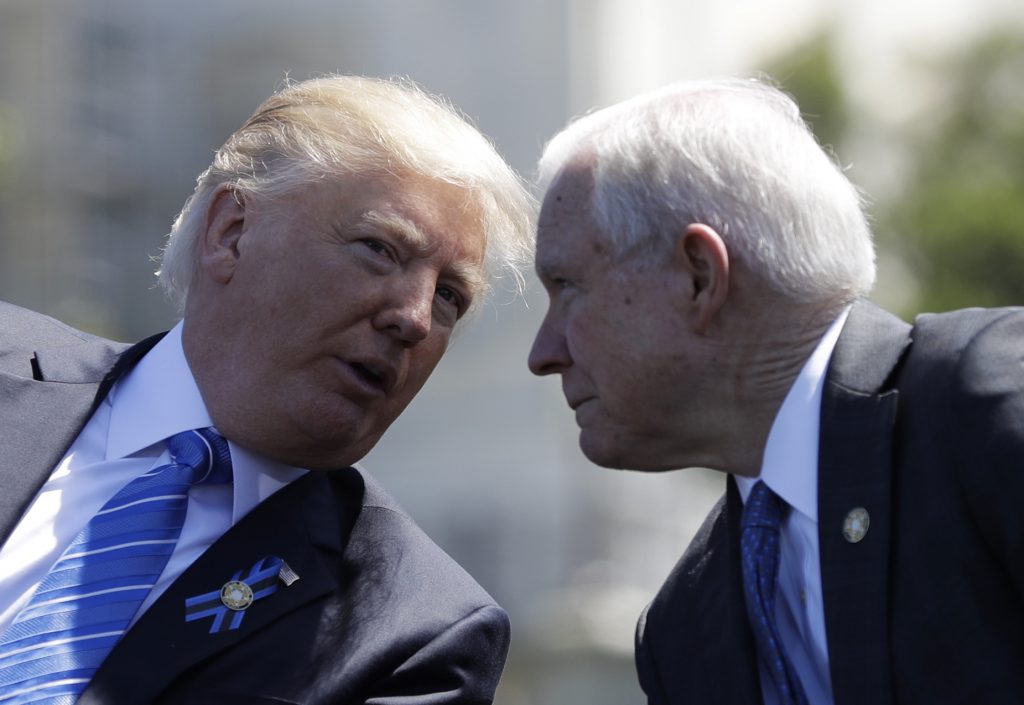 U.S. Attorney General Jeff Sessions’ allies say President Donald Trump is carrying out a deliberate public campaign to pressure him to quit, rather than fire him outright, but the country’s top lawyer has no intention of resigning.

Trump said in a tweet on Tuesday that Sessions had “taken a VERY weak position” on investigating his former opponent in the 2016 presidential election, Democratic nominee Hillary Clinton, over her use of a private email server. On Monday, Trump had called his attorney general “beleaguered.”

Trump is angry that Sessions recused himself from the federal investigation into possible collusion between Trump’s election campaign team and Russia. The Kremlin says it did not interfere in the election, and Trump has denied any collusion.

Sessions’ recusal means he has no oversight of Special Counsel Robert Mueller, whose wide-ranging investigation has focused on Trump aides and his son-in-law Jared Kushner, and cast a deep shadow over Trump’s presidency.

Two people close to Sessions said that the attorney general, who was the first Republican senator to back Trump’s presidential campaign, has been deeply offended by the public berating from his boss, but his resolve to stay is strong.

The public attacks by a president on a member of his own Cabinet and onetime close political ally have stunned many in Washington. Trump has torn out yet another page from the rulebook – typically a president would convey his displeasure with a cabinet secretary out of the public eye.

“In an administration where a lot of unexpected things have happened, this may be the most unexpected. This has risen to a level that we have never seen before,” said Douglas Heye, a former top aide to former Republican House Majority Leader Eric Cantor.

Republican lawmakers sprang to Sessions’ defense on Tuesday, and the top Democrat in the Senate, Chuck Schumer, accused Trump of trying to “bully his own attorney general out of office.” He said if Trump fired Sessions, Democrats would fight any attempt to replace him during the August congressional recess.

Trump’s public criticism of Sessions began in earnest in an interview with the New York Times last week in which he said that he would not have hired him had he known he would recuse himself from the Russia investigation.

Sanders told Fox News that “right now, Attorney General Sessions is the attorney general, and I haven’t been part of any conversations discussing potential replacements, so I can’t comment on that.”

At a news conference last Thursday, Sessions said he loved his job and planned to stay in it “as long as that is appropriate.”

A Justice Department official said Sessions started his day on Tuesday with his usual early morning run on the treadmill in the department’s gym. Soon afterward, he got down to work.

Trump may be wary of taking direct action against Sessions because of the backlash he faced in May for firing FBI Director James Comey.

Trump said then that the move was motivated by his frustration with the Russia investigation, but Comey’s firing triggered widespread criticism and led to Mueller’s appointment.

“Play out the scenario: How would Trump defend firing Sessions after he just fired Comey? Who would he hire to replace him?” said a Republican political operative with ties to both the White House and Sessions.

Firing Sessions would be an enormously risky move for Trump and would likely be seen by his critics as a move to stop Mueller’s investigation into the president’s aides. It would spark an uproar among Republicans in Congress.

On Tuesday, Republican senators and congressmen expressed disquiet with Trump’s public attacks on Sessions. “Mr. President, maybe just try a meeting? This is beneath the office – of any held office – from city councilman to POTUS,” said Republican Representative Adam Kinzinger, using the presidential acronym.

Sessions recused himself in March from the Russia investigation after failing to disclose at his confirmation hearing that he had held meetings last year with Russia’s ambassador in Washington.

Sessions’ former Republican colleague in the Senate, Thom Tillis, said in a statement that in recusing himself, the attorney general had “demonstrated good judgment by doing so and removed all appearances of a potential conflict.”