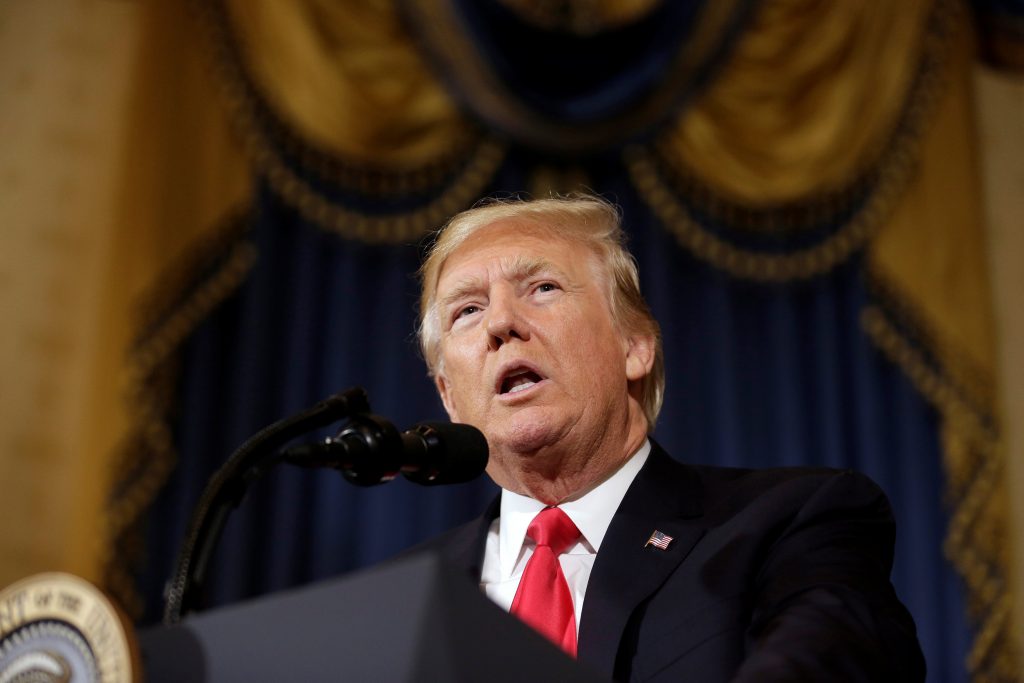 President Donald Trump has spoken with advisers about firing Attorney General Jeff Sessions, officials say, and launched a fresh Twitter tirade Tuesday against the man who was the first U.S. senator to endorse his candidacy.

The president’s anger over Sessions’ decision to recuse himself from the government’s investigation of Russian meddling in the U.S. election had burst into public view Monday when he referred to Sessions in a tweet as “beleaguered.” Privately, Trump has speculated aloud to allies in recent days about the potential consequences of firing Sessions, according to three people who have recently spoken to the president. They spoke on condition of anonymity to discuss private conversations.

Trump earlier this month assailed Sessions in a New York Times interview for taking himself out of the Russia probe, saying that if he’d known Sessions would choose that course he wouldn’t have installed him at the Justice Department.

Trump often talks about making staff changes without following through, so those who have spoken with the president cautioned that a change may not be imminent or happen at all.

“So why aren’t the Committees and investigators, and of course our beleaguered A.G., looking into Crooked Hillarys crimes & Russia relations?” the president tweeted Monday. His tweet came just hours before his son-in-law, White House senior adviser Jared Kushner, traveled to Capitol Hill to be interviewed about his meetings with Russians.

In another post, Trump said: “Ukrainian efforts to sabotage Trump campaign — quietly working to boost Clinton. So where is the investigation A.G.”

Trump’s intensifying criticism of Sessions has fueled speculation that Sessions may resign even if Trump opts not to fire him. During an event at the White House, Trump ignored a shouted question about whether Sessions should step down. The attorney general said last week he intended to stay in his post.

If Trump were to fire Sessions, Deputy Attorney General Rod Rosenstein would be elevated to the top post on an acting basis. That would leave the president with another attorney general of whom he has been sharply critical in both public and private for his handling of the Russia probe, according to four White House and outside advisers who spoke on condition of anonymity to discuss private conversations.

It could also raise the specter of Trump asking Rosenstein — or whomever he appoints to fill the position — to fire Robert Mueller, the special counsel leading the investigation into Russia’s meddling in the 2016 election and potential collusion with Trump’s campaign.

The name of one longtime Trump ally, Rudy Giuliani, was floated Monday as a possible replacement for Sessions, but a person who recently spoke to the former New York City mayor said that Giuliani had not been approached about the position.

Trump has seethed about Sessions’ decision for months, viewing it as disloyal — arguably the most grievous offense in the president’s mind — and resenting that the attorney general did not give the White House a proper heads-up before making the announcement that he would recuse himself. His fury has been fanned by several close confidants — including his son Donald Trump Jr, who is also ensnared in the Russia probe — who are angry that Sessions made his decision.

Armand DeKeyser, who worked closely with Sessions and became his chief of staff in the Senate, said he did not see the attorney general as someone who would easily cave to criticism, even from the president.

“If Jeff thinks he is in an untenable position and cannot be an effective leader, I believe he would leave,” DeKeyser said. “But I don’t think he’s reached that point.”