By Alex Daugherty and Franco Ordonez 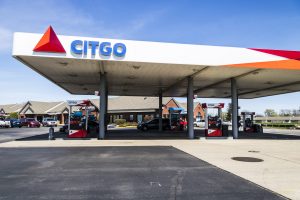 Venezuela’s currency is essentially worthless. Its people are starving. Rampant inflation has rendered the bolivar less useful than toilet paper.

And since Donald Trump’s election, the Venezuelan government has spent at least $1.3 million on Washington lobbyists through its subsidiary Citgo, a Houston-based oil company.

Caracas sees its investment in lobbyists as a way to fight possible sweeping sanctions targeting Venezuelan oil. Pushed by lawmakers such as Florida Sen. Marco Rubio, the White House said last week that “all options are on the table” and promised “strong and swift economic actions” ahead of a vote on July 30 that could alter the country’s constitution in favor of President Nicolas Maduro.

“The costs for representation is a drop in the bucket when compared to the potential economic loss” of oil sanctions, said C.J. Gimenez, the son of Miami-Dade Mayor Carlos Gimenez and a lobbyist who left Avenue Strategies, a firm started by Donald Trump’s former campaign aides, after the firm decided to pick up Citgo as a client.

U.S. sanctions on Venezuela’s oil market could have major financial implications for the Maduro regime and for average Venezuelans. Although Venezuelan crude makes up a small fraction — about 8 percent in 2016 — of all U.S. oil imports, the U.S. buys nearly half of Venezuela’s oil, and oil revenues account for 95 percent of Venezuela’s export earnings, according to OPEC.

Gimenez said Venezuela’s greatest asset is its oil and that Maduro “uses it to fund his continued existence.”

In order to shore up the Maduro regime’s future in the face of intense pressure, Caracas is using Washington-based lobbying shops Avenue Strategies, Cornerstone Government Affairs and VantageKnight. All are well-connected in the nation’s capital, spending millions on behalf of corporate titans like Google and Citigroup and staffed with former congressional aides who know Capitol Hill.

VantageKnight, a firm started by Democratic strategist and lawyer Manuel Ortiz, spent $540,000 on behalf of Citgo to lobby on the “potential impact of U.S. energy & foreign policy restrictions on CITGO Petroleum Corporation’s operations and valuation of assets” and “sanctions related issues” in 2017.

Neither Citgo nor Ortiz responded to requests for comment. An operator at a Houston office for Venezuela’s state-owned oil company, PDVSA, which owns Citgo, hung up when contacted by a reporter.

Citgo is feeling the heat in Washington, where lawmakers have questioned PDVSAs’ pledge of 49.9 percent of its shares in Citgo as collateral for a $1.5 billion loan from the Russian government-owned oil giant Rosneft. That could leave Moscow with indirect control over Citgo’s U.S. energy assets, including three oil refineries, nine pipelines and dozens of petroleum platforms.

A bipartisan group of senators that include Rubio and Sen. Bob Menendez, D-N.J., wrote a letter in April to Treasury Secretary Steven Mnuchin expressing serious national security concerns over the potential that “critical energy infrastructure” controlled by Citgo could wind up in Russian hands and put President Vladimir Putin and his associates in position to influence American gas prices and oil refinery production.

“I think we can all agree that the last thing we need to do is open the doors of our critical infrastructure to Russian interference,” Menendez said last week.

While lobbying for Citgo continues in Washington, lobbying on behalf of PDVSA has stopped. The two firms that did work on behalf of PDVSA in 2016 stopped representing the company in 2017. One of them, Rasky Baerlin Strategic Communications, counts David Tamasi, former finance chairman of the Trump Victory fund, as a senior vice president.

Neither Tamasi nor his staff returned calls to speak about their work. In April, Tamasi, who also recently began representing the government of Georgia, filed a termination report with PDVSA.

Since Maduro took office in 2013, Washington lobbying on behalf of clients based in Venezuela has totaled $7.8 million, according to Senate lobbying records.

Gimenez, part of the Cuban-American political scene in Miami that despises Maduro, said he could not do work for Caracas after hearing from a friend who travels frequently to Venezuela.

“I was recently told a story by a friend of mine that his last trip to Venezuela included a check point of young armed gunmen that settled for a box of crackers instead of the customary cash transaction,” Gimenez said. “I did not feel comfortable representing a totalitarian regime that has oppressed its people for years, and is responsible for the deaths of so many innocent people.”