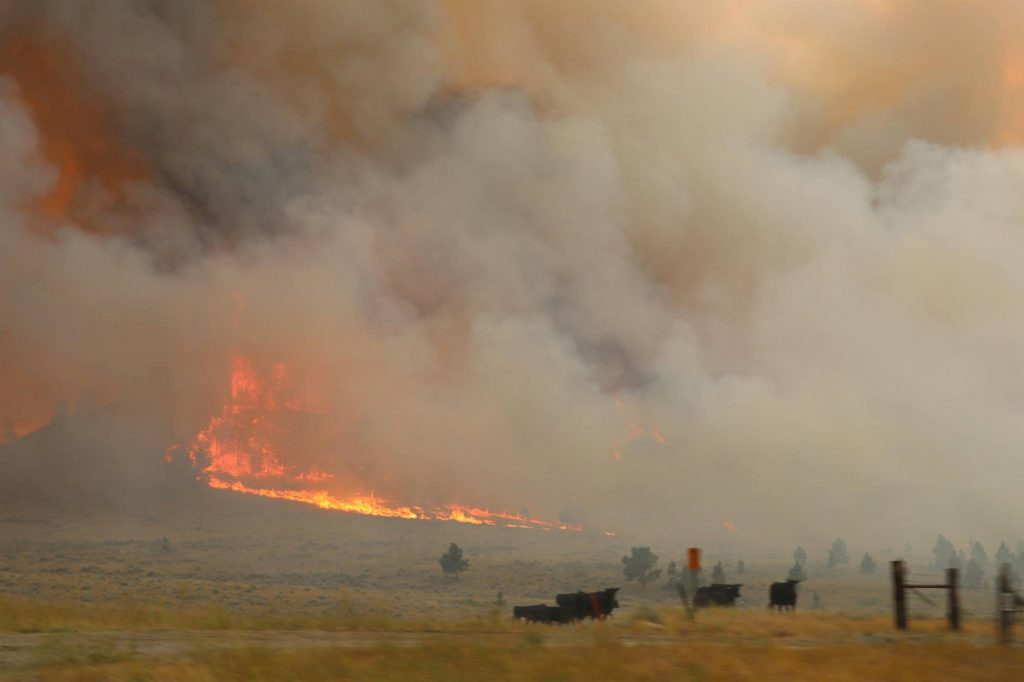 More than 600 firefighters in Montana on Tuesday battled to halt the spread of the biggest wildfire in the United States after it torched buildings, raced through forests and drove scores of people from their homes. The Lodgepole Complex fire was 20-percent contained after laying waste to 250,000 acres of timber, brush and range land near the Missouri River, according to the National Interagency Coordination Center.

“The combination of intense initial attack by the landowners and local resources along with the work of fire crews, has halted most of the fire’s progress,” the Idaho-based center said on its website late on Monday.

It said the fire forced 50 people to evacuate from their homes and has destroyed 22 structures. The center provides logistical support for wild land firefighting.

Data on the center’s website showed Lodgepole was the biggest of 38 large wildfires burning in the western United States.

The 611 firefighters from 34 states tackling Lodgepole will continue to establish containment lines and protect structures, The Bureau of Land Management Montana/Dakotas said on Twitter.

Firefighters were using bulldozers and harrows to plow fire breaks since water alone cannot put out the flames driven by high temperatures, lack of rain and gusty winds, said Tim Engrav, a spokesman for the firefighter coordination center.

The Lodgepole fire was started by lightning on Wednesday, the coordination center said.