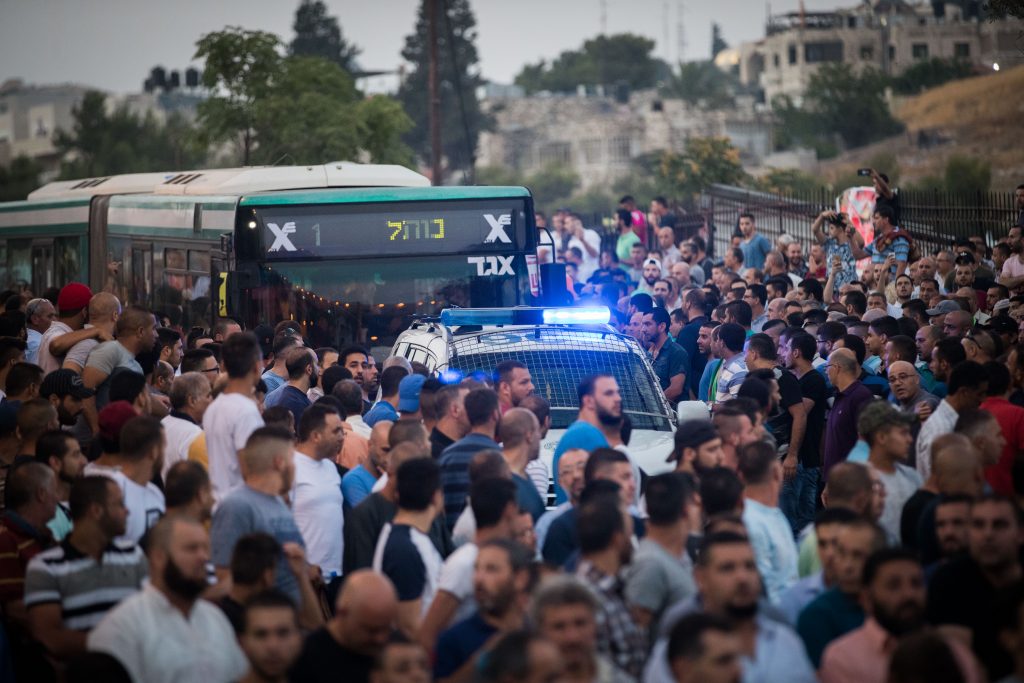 Despite the decision by the Cabinet to remove body scanners and metal detectors from the entrances to Har HaBayis, Arabs continued to riot in Jerusalem overnight Monday. Arabs threw rocks, stones and Molotov cocktails at Israeli security officers in several Arab neighborhoods in the city, including A-Tur and Ras al-Amud (Har Hazeisim). Security officials used antiriot measures to break up the crowds, which eventually dispersed.

Riots also took place in several areas in Judea and Samaria. An Arab rioter who threw rocks at IDF soldiers in the area of Hizme, outside of Yerushalayim, was shot and killed overnight Monday. No injuries were reported to Israeli soldiers. Early Monday, an Arab terrorist in Gaza who was participating in a Hamas exercise was killed as well. Hamas did not release details of the reasons for his death.

However, there were signs Tuesday that the crisis over Har HaBayis was still not over, with Muslim leaders demanding that security arrangements go back to what they were before the metal detectors were erected.

Ikrema Sabri, a senior Muslim cleric, said that Muslims should stay away from the site, pending a review of the new Israeli measures.

“Our position is that for now, nobody should enter,” he said in an interview.

Mahmoud Aloul, a senior official in Palestinian leader Mahmoud Abbas’ Fatah movement, said that any changes to the previous arrangements are unacceptable.

“Israel is an occupying power and needs to take its hands from our holy sites,” he told the Voice of Palestine radio station.

Overnight Monday, security officials said they arrested 26 wanted security suspects in other areas in Yehudah and Shomron. The suspects were wanted for participating in rioting and throwing stones and firebombs that endangered Israeli civilians and IDF soldiers. Several of the suspects were also charged with belonging to Hamas. All were being questioned on their activities by security forces.